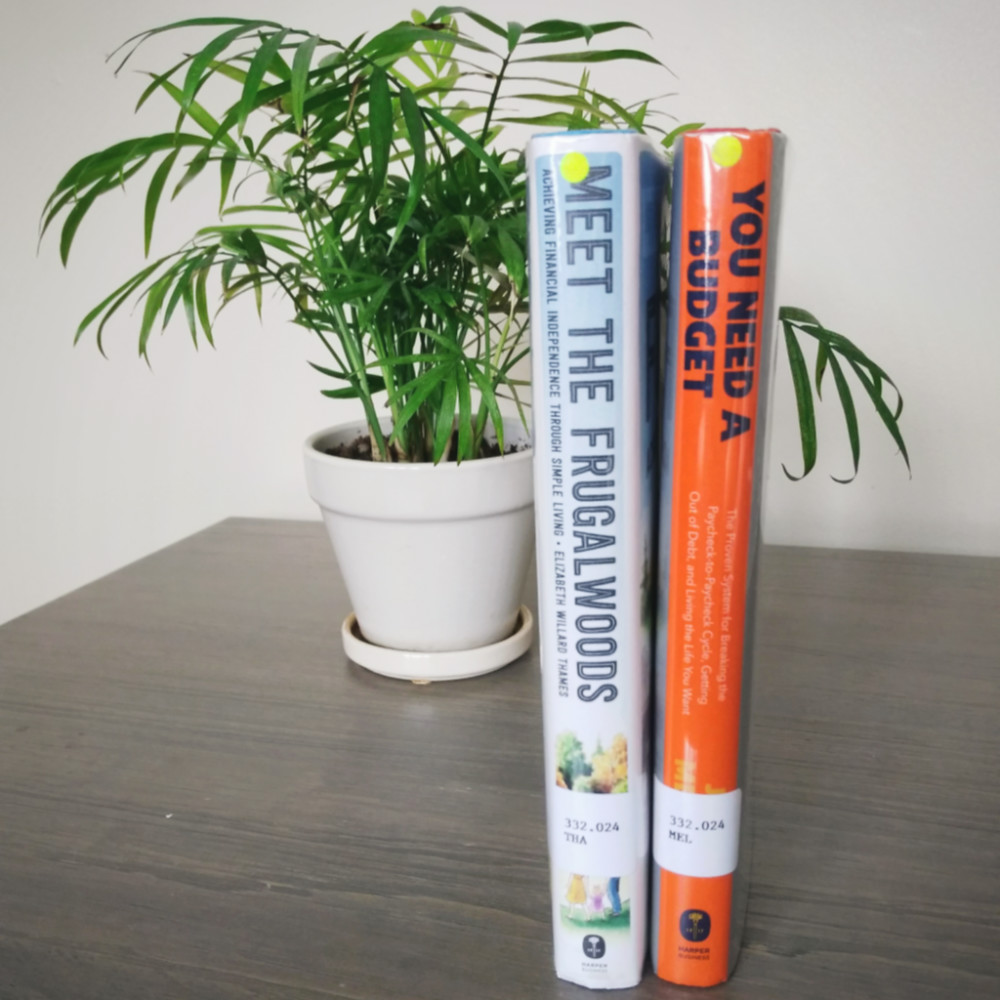 There are two good personal finance/frugal living books that have come out recently. I have been using the YNAB app for just about two years now, and I have learned a lot simply from using it. The book however, is absolutely stellar. I would choose this to hand to anyone lost in the money mess first over anything else, any other book, absolutely first. This is not this quick discussion of debt and then eighteen chapters on investments and retirement accounts and things that most of America can’t even contemplate right now book. It’s the real deal, right in the nitty gritty, say this is your goal, here are some things to think about, what happens when a medical emergency decimates your finances (HMM, sound familiar?) and how can you move forward, how to really manage your money, book. So much common sense, written in approachable, non-judgmental style. Absolutely recommend. I would recommend it over Dave Ramsey’s body of work every day of the week. (Not to say that I don’t like Ramsey, but it’s often felt like to me that there aren’t much practical helps for when you are pre-pre-pre-Baby Step 1 and are dying under the weight of your debt.)

Meet the Frugalwoods is by Elizabeth Willard Thames. I don’t quite remember how I first ‘met’ Elizabeth, but I think it was a ‘spend-nothing’ challenge group on Facebook. I have never strayed out beyond that one little group- I didn’t realize she had a blog or a significant social media presence beyond that group, and it flits in and out bi-monthly or so…I just don’t engage with social media and blogs like I used to. Imagine my surprise when I saw new book at the library! It’s an interesting read. She clearly comes from a place of privilege and she readily admits this- both her and her husband were raised by parents that gave sound financial education, and by the time they decided to start on their ‘frugal’ adventures, they were already saving over 60% of their combined income and had been major savers since before they even got married. That just isn’t the mainstream access point for the majority of America. It just isn’t. Most are living paycheck to paycheck up to their eyeballs in debt working at a job they hate, sick and tired, and don’t even realize there is another way and their parents are in the same boat, and had no better financial education, either. That being said, she readily acknowledges that and the book is still very interesting, and you will walk away with plenty of ideas to try, which was why I was attracted to her spend-nothing group on FB in the first place- I don’t do everything she and her husband discuss, but I always walked away from the conversations with simple next steps for my own needs and finances.