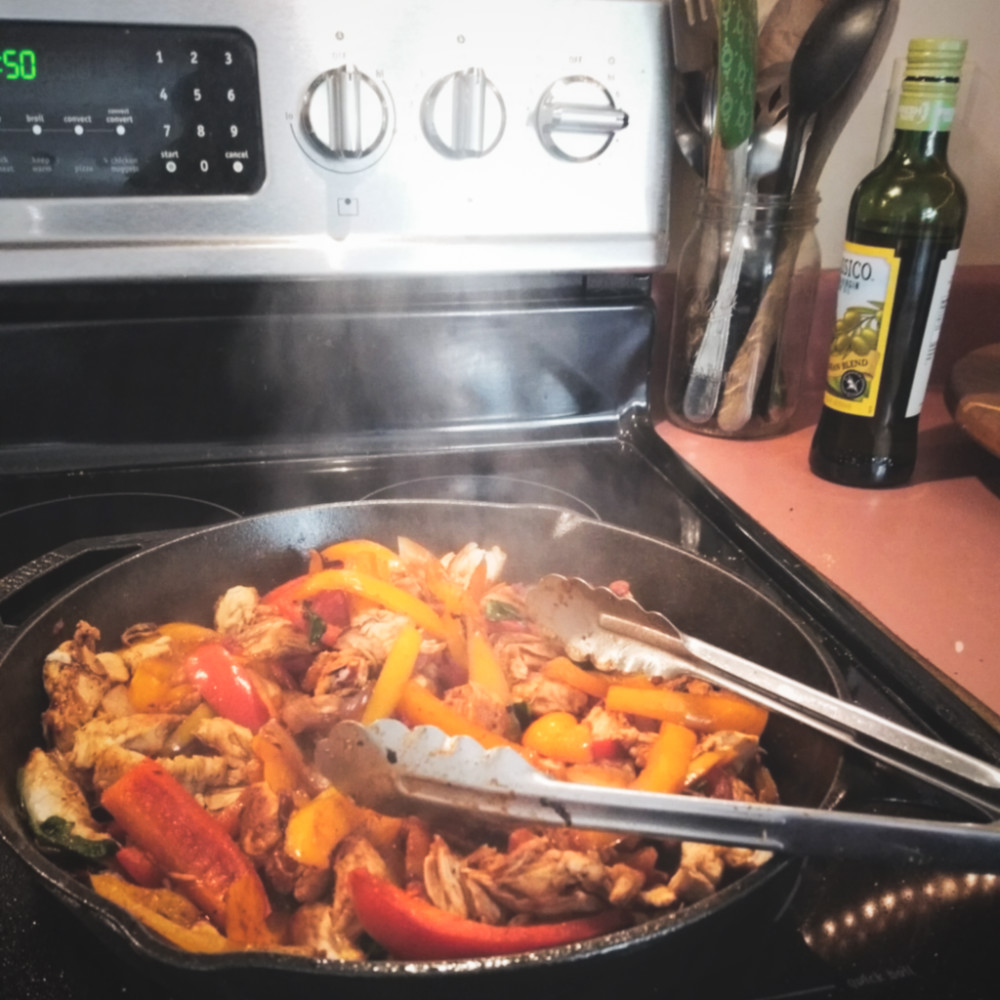 RB: I always talk about options and substitutions. I’m trying to pass around the word quanto basta, which is basically this principle from Pellegrino Artusi in L’Arte di Mangiar Bene, a book that has been in print for 170 years in Italy. He uses in many of his recipes, as I have as well throughout Autentico, q.b. – quanto basta – meaning “as much as is enough,” “as much as is needed,” or “as much as you like”.

I was listening to the most recent Splendid Table episode on my way home from Paraklesis last night. It’s not something I would have really ‘sought out’ to listen to, but I find myself listening to it most Wednesdays as I drive home from Church. We don’t have a classical station anymore and most of the radio stations around here leave a lot to be desired. I’ve slowly become a fan. It also makes me ridiculously hungry for dinner, as I usually haven’t eaten when I’m listening! Ha.

This particular section of the episode fascinated me, as I had never heard of cold rice salads. But it was Rolando’s note on “quanto basta” that really got me thinking.

One of the interesting side effects of our forced gluten free lifestyle is that we truly know what food tastes like now. It would surprise you how bland your palate becomes if you’ve mostly been accustomed to the standard American diet. Even if only a third or a fourth of your overall diet is processed, the general thrust of what you eat is just so bland and has so many fillers in it, all robbing the food of its real taste.

We were fascinated by this as we began to cook mostly from scratch. Things suddenly had taste! And lots of it. Take spaghetti sauce out of the jar. We have to be careful because gluten fillers are often used as a thickening agent (sign #1 that you’ve taken too much out if you need help to thicken it!)- gluten is just literally everywhere in things you’d never imagine. Like toothpaste. And lotion. And cheap chocolate chips.  Spaghetti sauce out of the jar is ‘good’. It works in a pinch. And I still use it sometimes. But, if like us, you have to make it from scratch until you find a ‘safe’ jarred version, it will blow your mind. It’s beautiful little explosions on the tongue. The garlic! The oregano! It just pops.

Anyways, quanto basta was so interesting to me because I actually knew what he was talking about, for once. It is a very real thing, and even more interesting, it is completely different for each cook. I used to watch my good friend, an eminent foodie, cooking. He would season and taste, season and taste, and he would mutter not enough. Taste. Heat. Stir. Season. Stir some more. Taste. Mutter. And then all of the sudden, boom. He would call it enough and move the dish along to its final stages. It was utterly mystifying to me! I was truly stymied watching him, because, how the heck do you write a recipe from that? I tasted the same stuff as he did and I could never tell the difference. I’d make it exactly how he did, and follow his instructions, and it would never come out right.

Understanding quanto basta has nothing to do with cooking or even recipes- it has so much more to do with your palate, your sense of taste and smell. You have to develop the palate before quanto basta ‘clicks’. You’ll know by the taste and smell of things if it’s where you want it to go, or if it has farther to go. You’ll also quickly know if you’ve over-seasoned or pushed it too far. You can smell it before you even taste it.

Again, though, it’s taken four years of me cooking this way (and learning basic cooking skills like saute-ing) for my palate to get to the point that I can do this from muscle memory…and a bajillion mistakes along the way. In cooking, you learn so much more from the mistakes than when you actually get it right. It takes patience. I never, ever, wanted to be a cook. I’m not a foodie. Cooking dinner for my family will always be a sacrifice for me because it is just not something I like to do. All that said- it has been so worth it to truly learn the cooking arts. It makes the sacrifice easier, I guess you could say. It reduces the time I have to spend in the kitchen. It has reduced the guesswork and the flops and mistakes that used to put me in tears because dinner was late and everyone was growling and tired. It has reduced the visits from the pizza guy. It also makes it so much easier to create something from nothing when the pantry and refrigerator get sketchy.

I just love the idea of “as much as is needed”. I am seeing so many connections, not just in cooking, but life in general. The only way you’ll know quanto basta in your cooking- and in life? Pay attention. Stay in the moment. Taste and see.