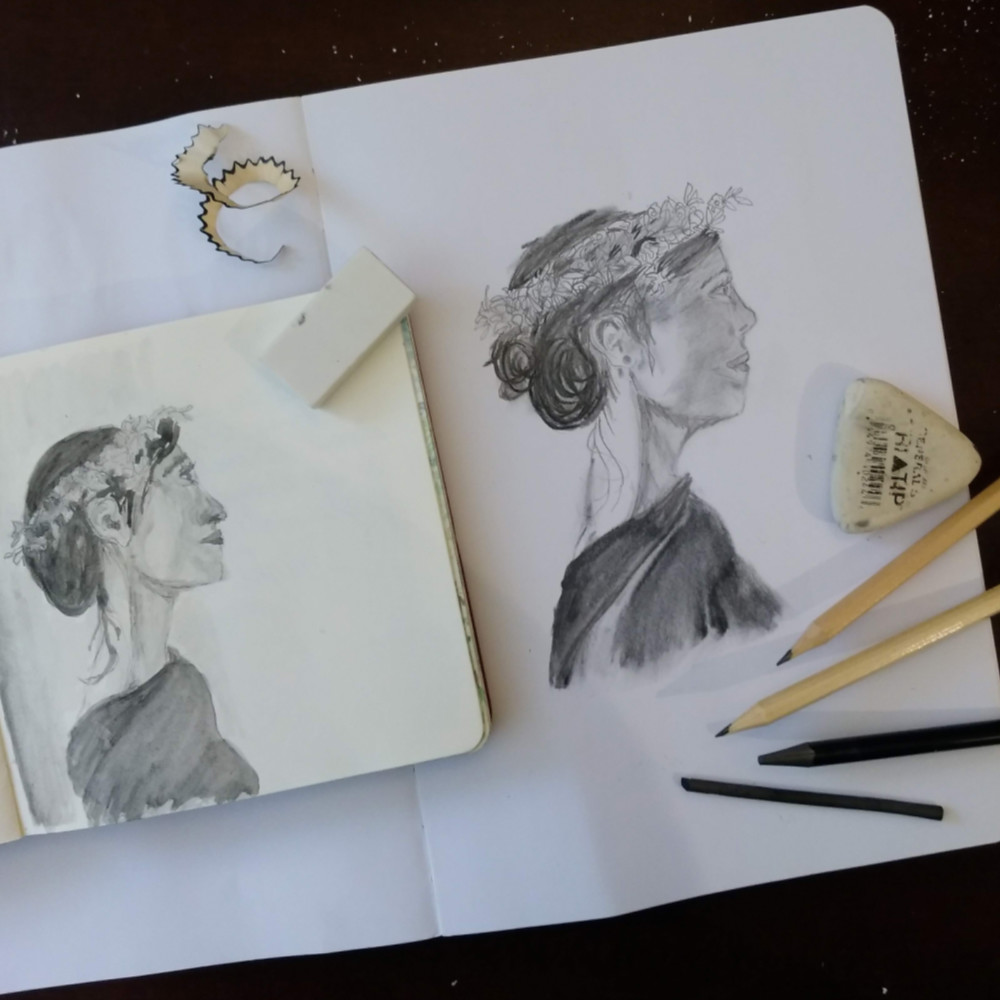 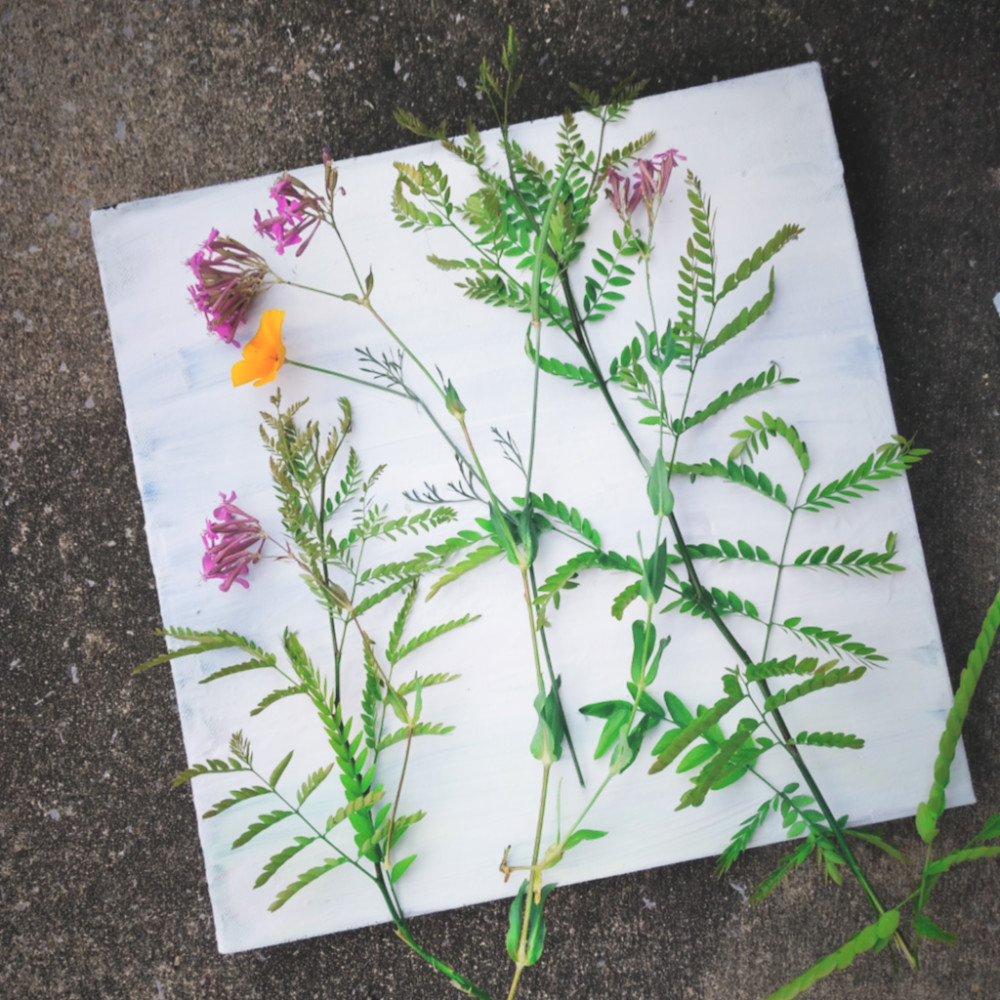 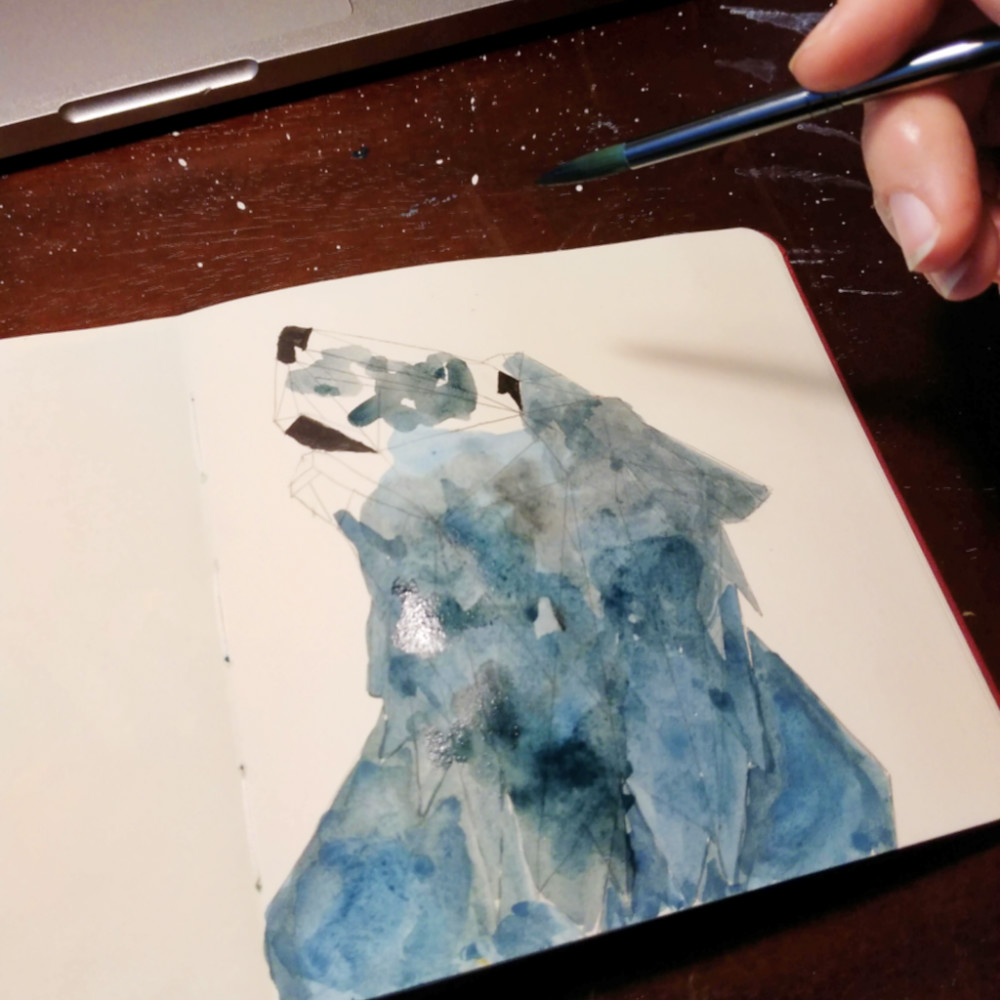 If you follow me on Instagram you know that I never stopped making art over the last year. There was a significant lull from August to December-ish. Part of that was due to illustrating a book for a dear friend, Vince Costa. I couldn’t manage any more brain space than that! Towards the fall it was sheer exhaustion and keeping one’s head above water, as Elliana steadily deteriorated and was just not sleeping well, which meant I wasn’t sleeping well.

I kept drawing and painting as time allowed, but not in any significantly formal way. I picked up my 365 Handbook project again sometime mid-March, and finally filled in the second of the two Handbooks. If I had kept to the original intention, I would have filled up six of those little sketch books in one year, but that clearly didn’t happen. I’m happy with the two I have now. I don’t know that I’ll return to that project ever again, but it gave rise to such fertile ground for further explorations.

I got a bit sidetracked after I finished the Handbook project on my watercolor work, because the sketch book I chose that was supposed to handle wet media profoundly did not. Oh the bleed! The muddiness! The wrinkling! It was awful. I had made my choice oh so carefully because of my limited finances and was so disappointed when it turned out so bad and wouldn’t be fit for watercolor or gouche at all. I resigned myself to having to use it for awhile.  Funny thing, though. It was perfect for charcoal and pencil work. And would you know it? All of the sudden, these little characters came pouring out on the page. These old-timey ladies and gents. They’ll come for a visit next week, but you can see them over on Instagram.  Somehow, I can’t help but think that the sketch book snafu was the best thing to happen to my art process lately. I had no idea these people lived in my head!

Thanks to my brother’s kindness, I was able to purchase another sketchbook for watercolor, and I chose the Handbook Journal Co. Watercolor 8 x 8. I should have known after using the smaller 4 x 4 Drawing ones for my 365 project. They were meant for charcoal and pencil work, and they held up to all sorts of media throughout the project, even when they weren’t intended for it. The Watercolor is dreamy. It takes the media so beautifully. I am itching to get to work in it! I never thought I’d have two sketchbooks going at one time, or have a billion more ideas for both sketchbooks than I’ll ever get time to do in them, but Glory! What a wonderful ‘problem’ to have.

I told you yesterday of my intense artist’s crush on Breezy Brookshire. I have been following her for ever so long, all the way back to the olden blog days. She is self-taught, and it was her illustrating style that I first fell in love with. There’s a direct line between my ever starting an art pursuit and Breezy’s work. She inspired me so much! Without her, I wouldn’t be here, three years into pursuing art and illustration. I still have such a long way to go, but the journey is so much fun.

The other artist that I just discovered this week via Jeanne Oliver is Mish Wooderson. I am falling head-long down the rabbit hole of her IG feed and blog! I love the sense of rootedness and place you get from her work. It’s making me think. I love her decorating style too.

I’d love to see what you’ve been up to lately! Share in the comments. It doesn’t have to be “art” either- poetry? Good bread? A delicious steak? A cozy corner? I wanna see!