The week kind of got away from me last week. I have so much to say but so little time to say it in at the moment. I promise more soon. 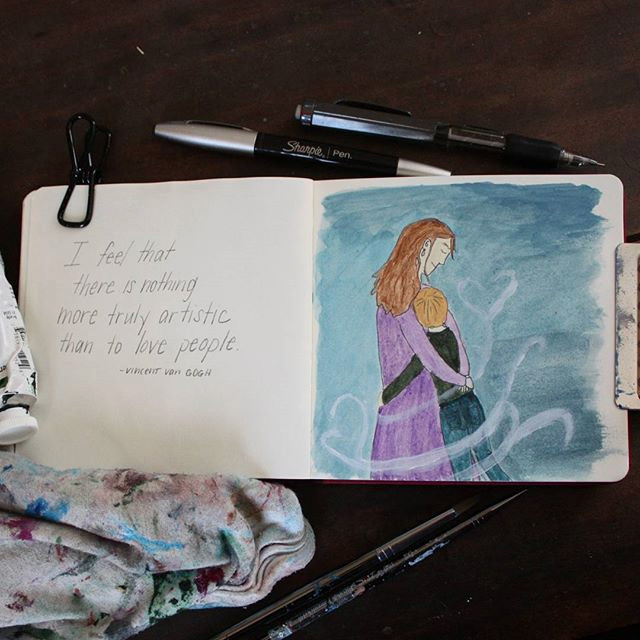 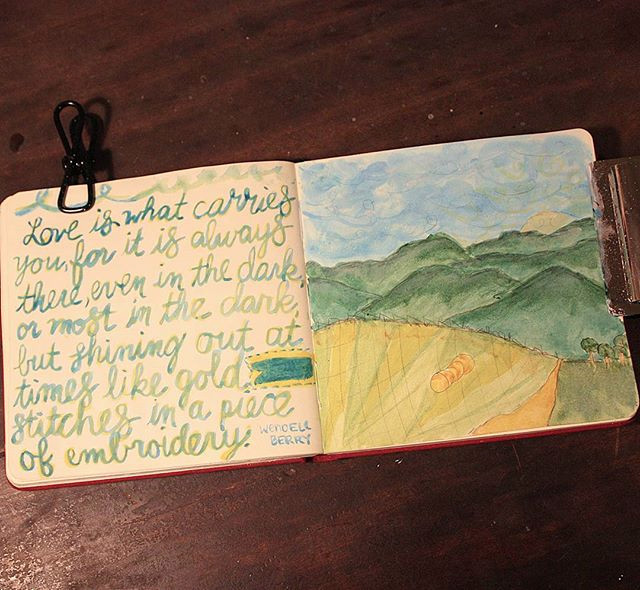 Feb 6:  Was feeling sort of relentlessly homesick tonight, trying to recreate what I used to see out the window at our very first house in that sort of flat Secret of Kells-ish animation style. I love how the clouds came out, though it’s hard to see in this late night lighting. Man those Tennessee hills. Miss ’em fierce. (37/365) 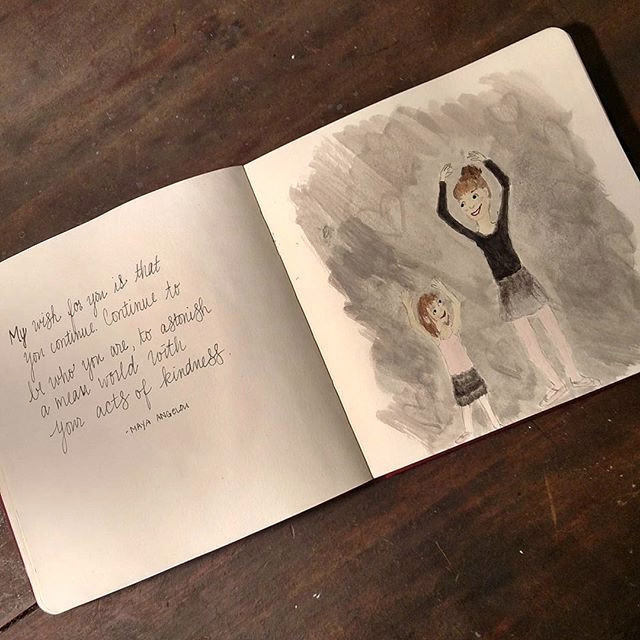 Feb 7:  Watching Elly watching Lorelei is one of the true gifts in the world. I was so tired tonight but I wanted to capture the thought before it left me. I still have so much to learn about drawing faces. (38/365) 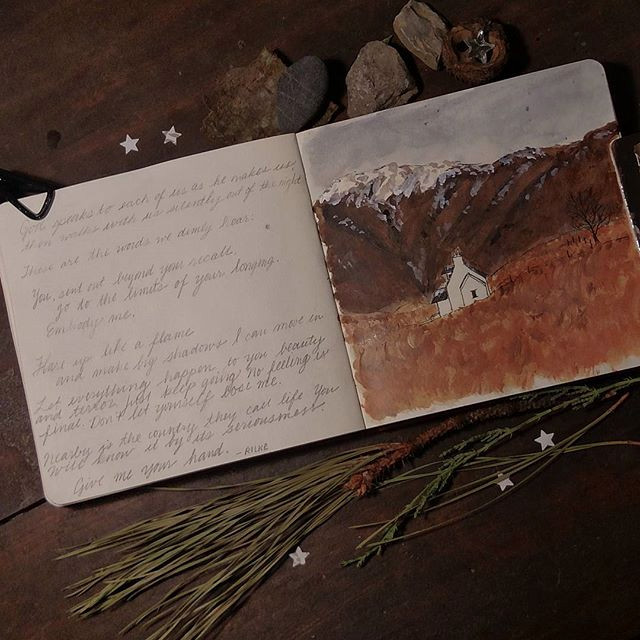 Feb 8: If there is any set of hills that call to me more than the Appalachians, it is their sisters in the Scottish highlands. I walk there often in my dreams. (39/365) 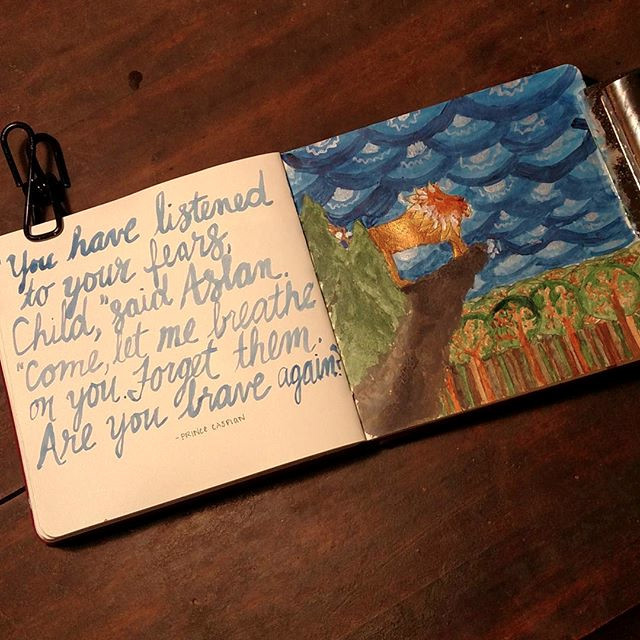 Feb 9: We are in the middle of Prince Caspian. I’m starting to feel as if I should put a warning on these audiobooks: “Don’t listen while driving!” You will be, at some point, completely overcome and tear up and struggle to drive straight at least once a book. Ask me how I know.  This book especially- for a while only Lucy can see Aslan, and while Edmund can’t see Aslan, he trusts her, and they are walking the most dangerous cliff side path in the middle of the night because Edmund perforce drags Susan and Peter along. Anyone would be rightfully scared, especially when they can’t see Aslan. Aslan is speaking to Susan here just after this scene I painted- they all finally see him as they are crossing the river. Lucy would see Aslan at the top of this promontory and look on with hope. All the rest would see only the dreadful drop. “Are you brave again, daughter of Eve?” (40/365) 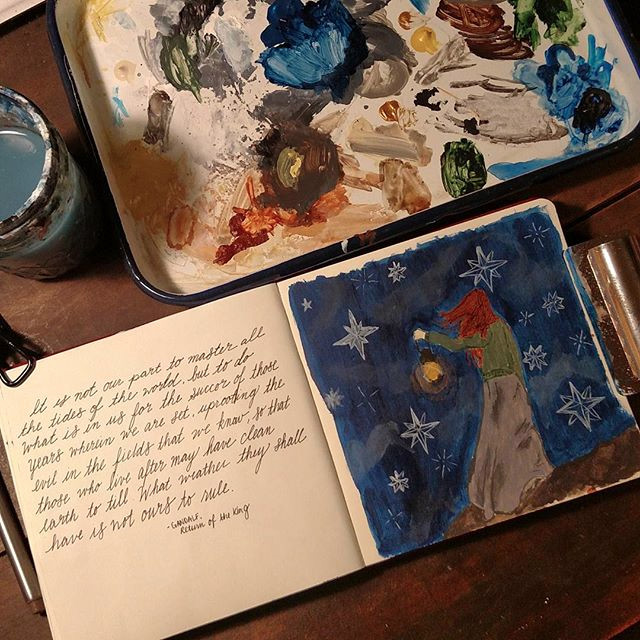 Feb 10: Two themes are consistently running through my sketches: celestial dark skies, and light- especially warm lanterns. And hills. And mountains. Hmmmm. This quote though. Sometimes we lose sight of what we’re fighting for and why. I needed the kick in the pants today. (41/365) 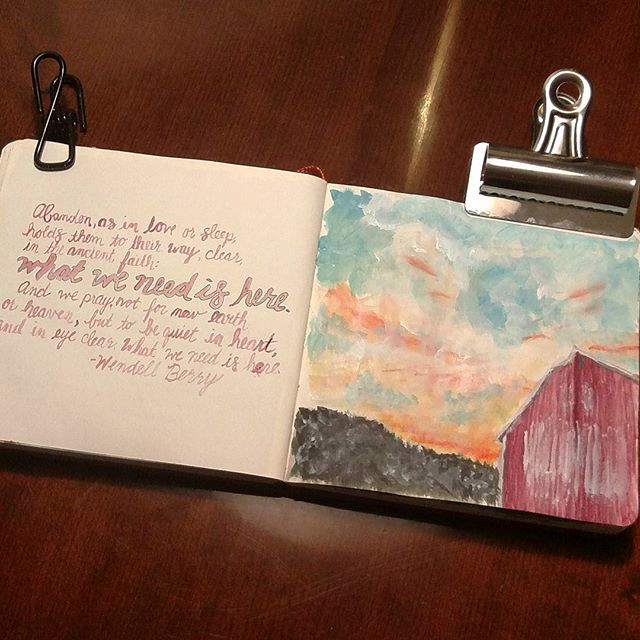 Feb 11: We embarked on a somewhat unexpected (but good!) adventure Saturday morning, so I missed posting yesterday. Catching up! (42/365) 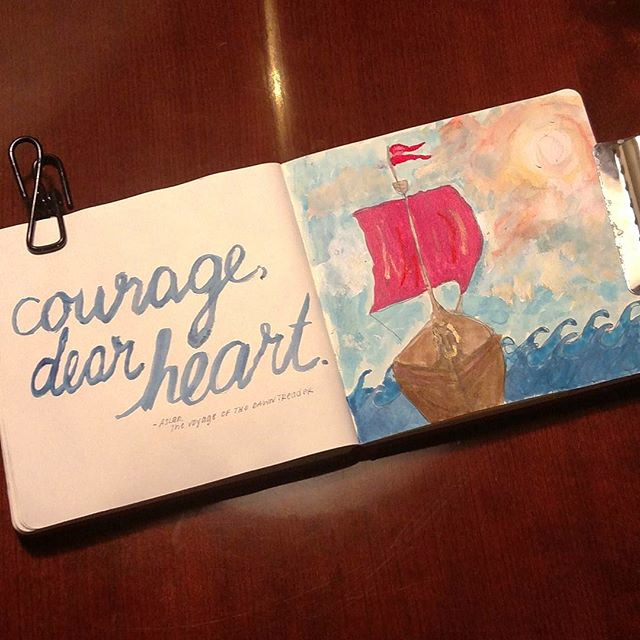 Feb 12: We finished listening to The Voyage of the Dawn Treader yesterday as we were driving. It’s got everything you’d want in a sea story: pirates, treasure, dragons, daring sword fights… (43/365)

Also, by popular demand, the Practice Resurrection print is now in the shop in 8 x 10 and 5 x 7 sizes. 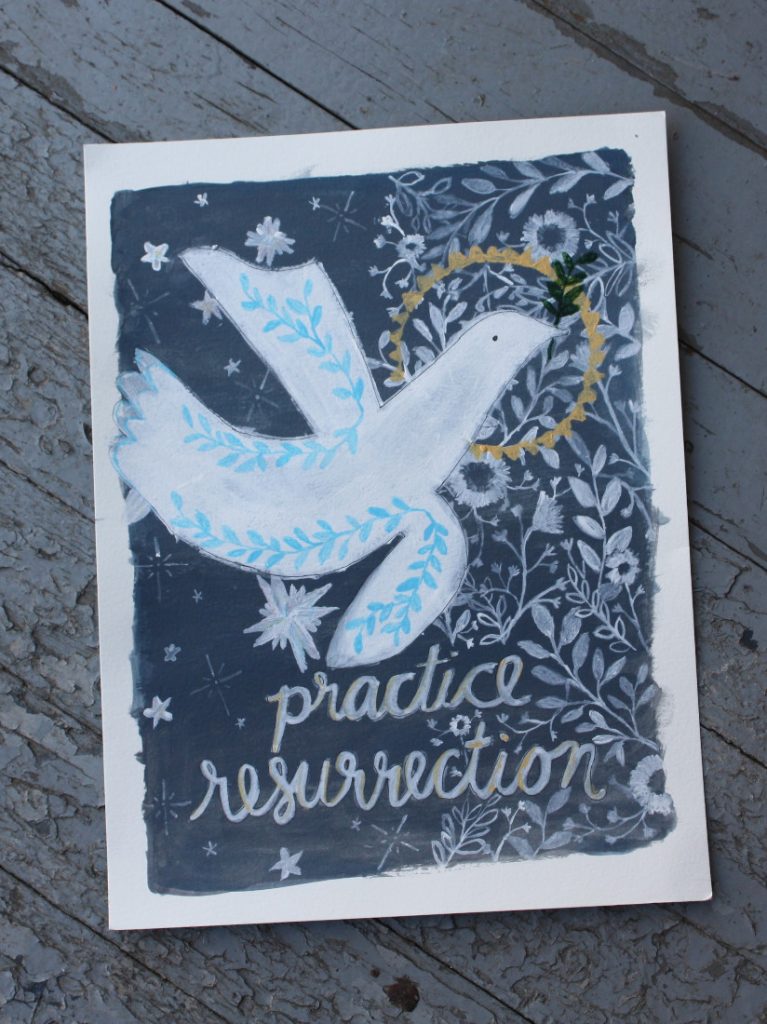