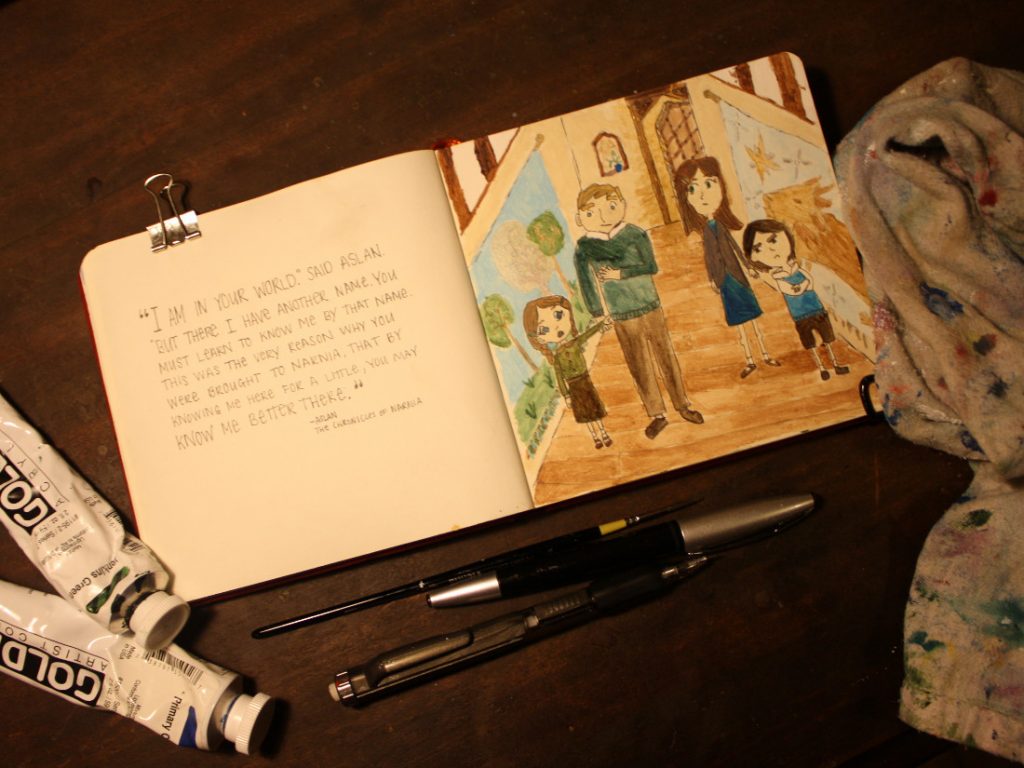 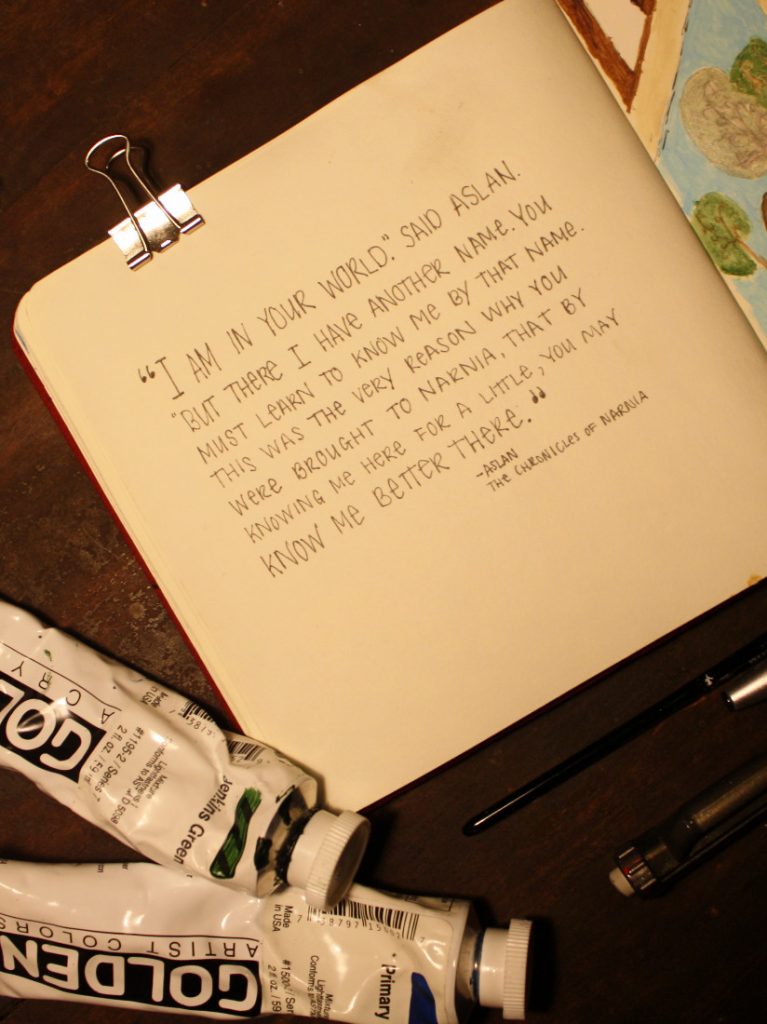 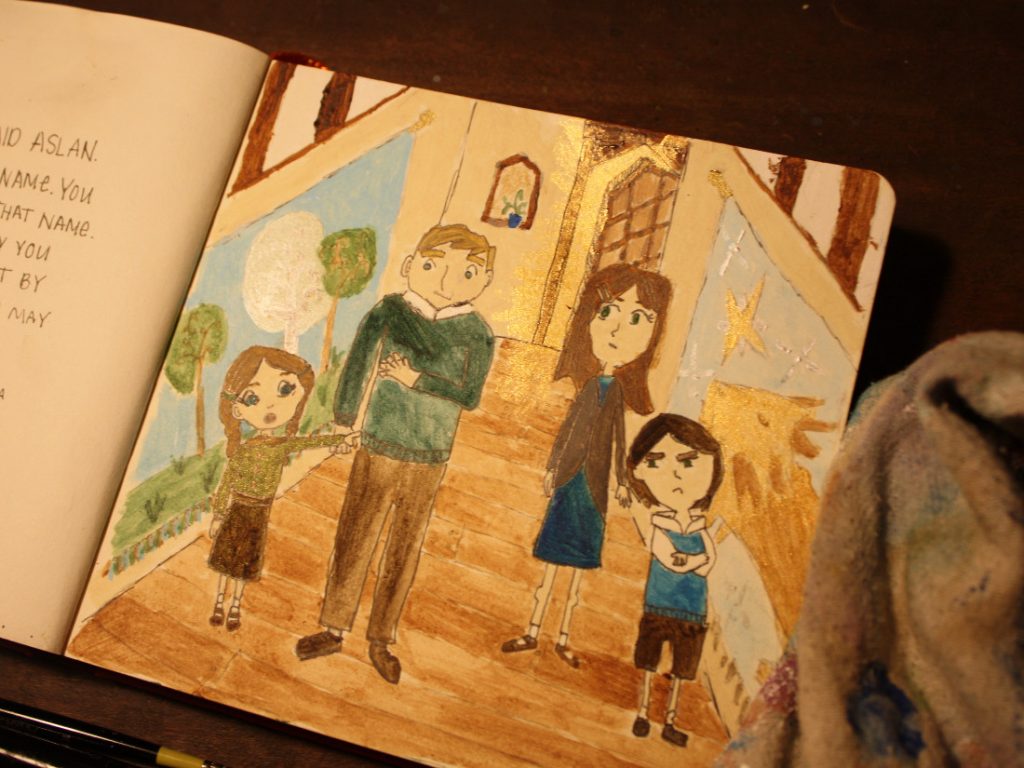 We started into The Lion, The Witch, and the Wardrobe today. Frankly, I just wanted to draw Edmund’s angry face when Lucy is telling about the wardrobe for the first time. I took artistic license with the tapestries for a wee bit of foreshadowing (though the kids don’t know it yet). I figure the Professor would have had some made, describing his memories. (See the silver leafed Tree of Life on the left, from the Magician’s Nephew?) And of course, Aslan. But they haven’t seen him yet. Lucy might have recognized the trees in the tapestry, had the ones she’d seen not been covered in snow. More of that Secret of Kells/Song of the Sea influence, of course. (26/365)