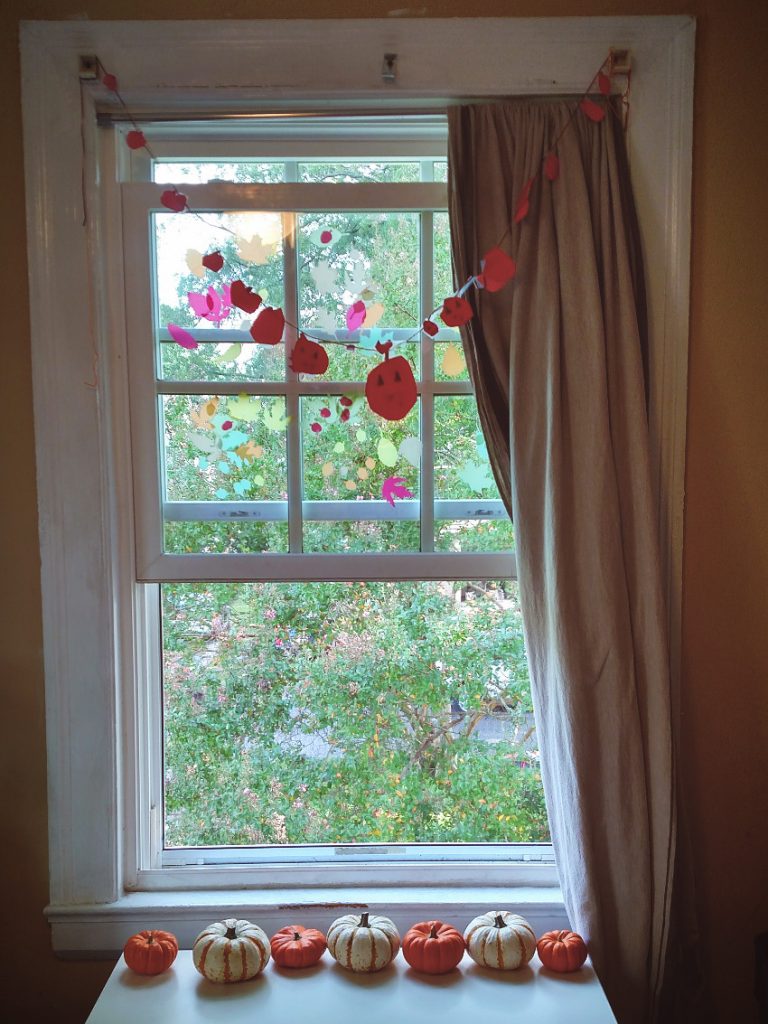 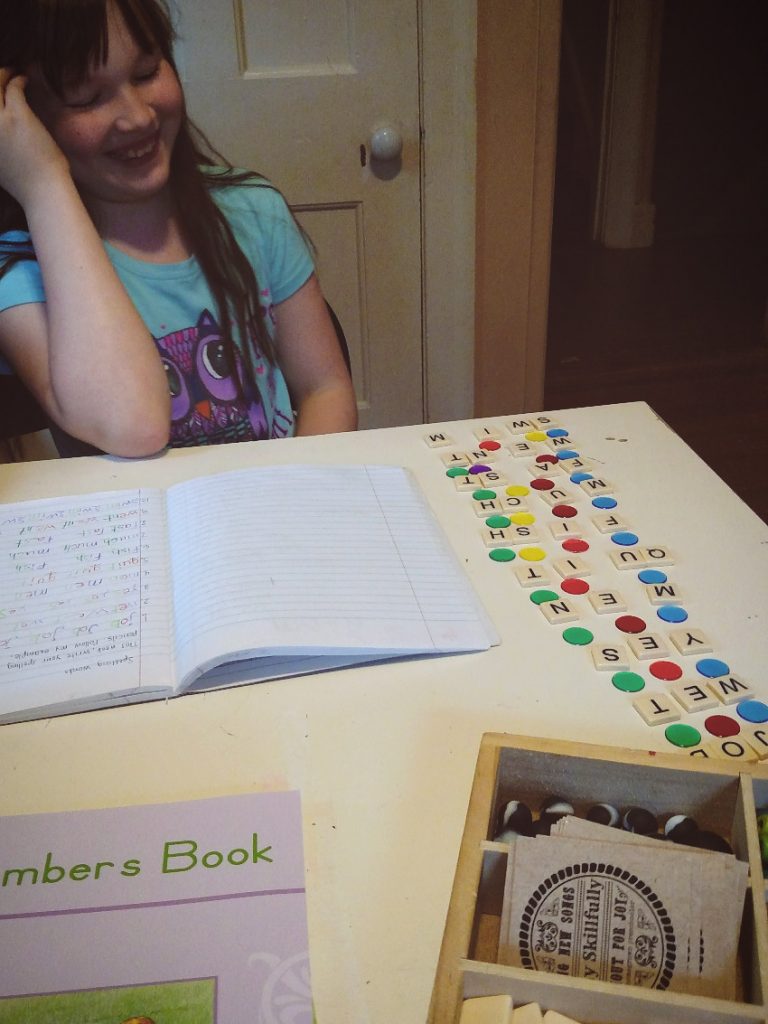 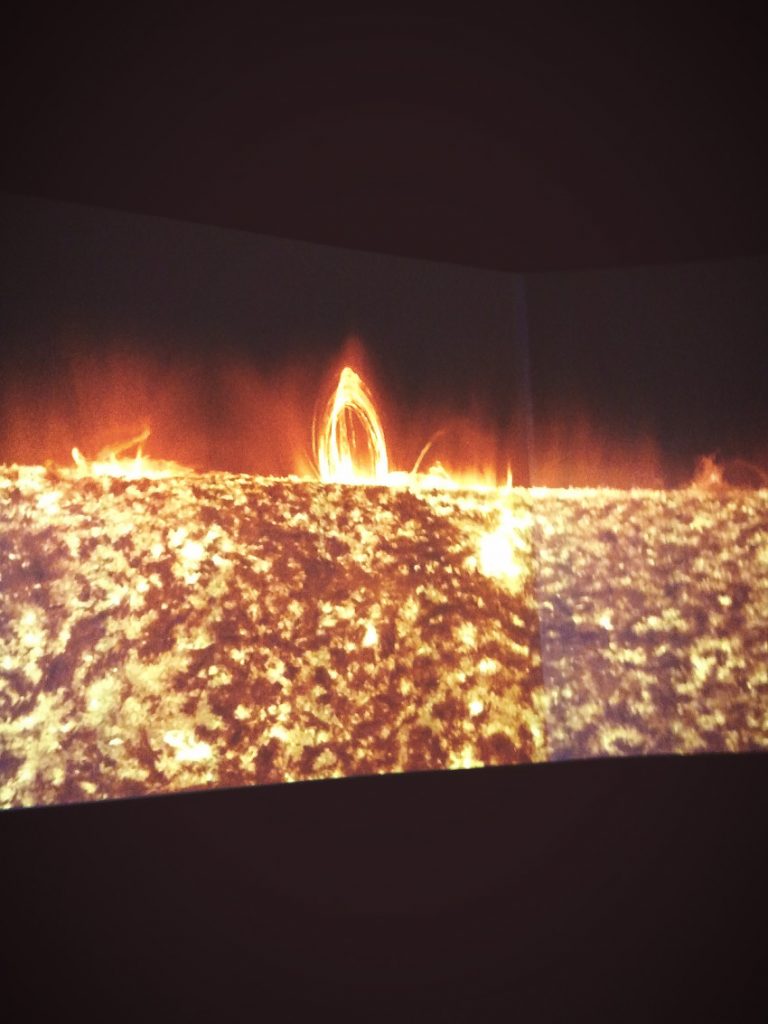 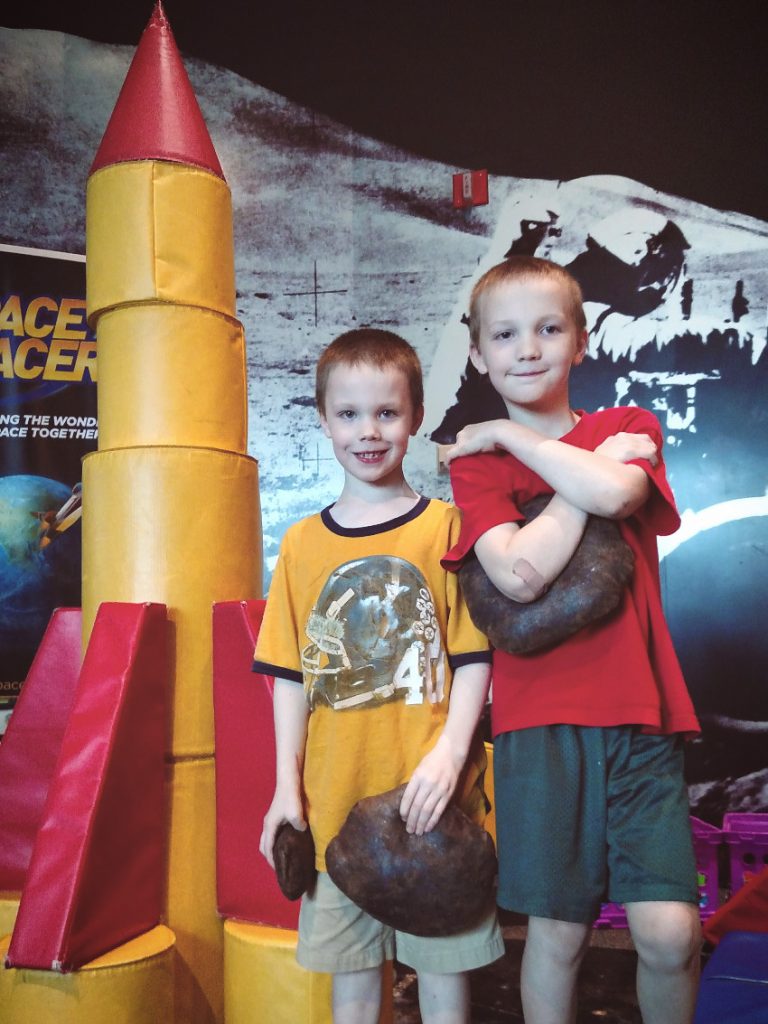 We have settled into the new school year in earnest the last few weeks, settled down to a strong, gentle rhythm of days. It really feels lovely. The children seem to calm and settle and dig in deeper with each passing week in a way I would not have imagined possible when we began homeschooling again last year. Yet it is here, a blessing giving dividends. I see their trust in themselves and their own innate learning grow as they realize that the world is truly at their door and they have only to explore it. We have a set course of study, of course, but already in a short month’s time they have covered vast swaths of things borne out of their own questions that I could neither have imagined or foreseen when I sat down to plan out the fall term a month ago. The best sort of explorations.

I have seen the fruit of my focus on mastery come to fruition as we began to dig in this year. Such immense improvements in reading and writing across the board with all of my students. Three, almost four students (another month or so!) can work independently and easily now across their subjects, which means I return to my desired role with my older students- guide, companion, tutor.

Our curriculum across the board consists of a mix of Memoria Press (Latin, Composition: Fable, and Ellianna’s kindergarten curriculum), Ambleside Online (all of our literature selections this year), Story of the World, Modern Era (Well Trained Mind Press), and an eclectic mix of math depending on the child (Math U See, Rod and Staff, and Math Mammoth- Ben is using the Prentice Hall Classics as recommended by Memoria Press) and Institute for Excellence in Writing.

Grammar lessons are pulled either from our Shakespeare memorization for the month or from Ambleside Online copywork. The younger children copy whatever it is for the day; the older children work with me to diagram the sentence and copy it into their notebook. (All told, about a 10 or 15 minute lesson in sum). I had barely begun to do this exercise before attending the Circe workshop last year, but was encouraged by all that was said to continue it, and it is this short grammar lesson each day that I do solidly believe has made the largest difference in their reading and writing mastery. We use Maria Montessori’s approach for grammar- we label each word with the appropriate symbol, and borrowing from IEW, we underline any tell-tale endings that suggest a verb (-ing), adjective (-ly, -ness) and so on. Even Ellianna can quickly identify such things as pronouns and articles now, and it has been painless for all. To them it is a game- they race each other to pick the correct symbol first.

Lorelei and I have been trying something new with her spelling words, which she laughingly refers to as her “one weakness” (ala Dorcas Lane in Lark Rise to Candleford, although when Dorcas says it, she’s usually referring to things like chocolate or match-making). Lorelei’s reading has vastly improved in a year’s time but her dyslexia most makes itself known when it comes to spelling. What a struggle it is. Anyways, though we have been using All About Spelling for quite some time, we added some new tweaks this year and so far, we are both impressed with the results. First, I have her write her spelling words three times using colored pencils. Blue for beginning sounds, purple for consonant teams, red for vowels, orange for vowel teams, green for ending sounds.  The next day she finds all the bannanagram letters for her words. The third day, she pulls out those same letters and marks them with little plastic game markers that correspond to the same letters. The fourth day, she writes a sentence with each word. The fifth, we review. So far we’ve had a hundred percent retention, which is a vast improvement. Prior to this, she’d retain about a third of ten words. As she enjoys it and it seems to be working well, we’ll continue to do it until (and if) we need to change it up. I can see her confidence growing in her other writing, too, which is the most important thing for me. She no longer thinks “I can’t do this”. She is getting quite courageous in her written narrations, and tears no longer come when she can’t spell a word she wants- I watch her use all sorts of strategies now to guess, (often getting it right!), and she will come to me when she needs help instead of getting discouraged.

Overall, our school day is much shorter than it was last year, and the afternoons are almost solely devoted to their own explorations. The older children have been very fascinated by this election cycle, so they have been researching the processes as to how the President gets elected, how the electoral college works, how political parties are formed, conventions run, delegates chosen. They have demanded to watch all of the Presidential and Vice Presidential debates so far. With my degree in History, I must say it is fascinating to be a listening bystander as they explore and watch this election. I have been careful not to make my own views known, and have watched all the goings on silently. Because they are currently studying World War II and its aftermath, so much of their running commentary on the election proceedings relates back to that era, as well as Ancient Greece and Rome (as Ben is studying the Illiad). Watching them make connections that I hadn’t even begun to think of prior to this is the best part! It is a case study of watching learning in action: watching them hang new learning on the rungs of what they already know- making connections, scaffolding knowledge. Such a beautiful thing.

I’ve had this quote of Laura’s pinned on my desk for a while now. It seems to sum up what I’m aiming for lately.

“This is why I believe that the most important thing you can do as a homeschooler is to ask yourself the hardest question of all: who do you want your children to be as people when they leave your home, and what benchmarks will you use to measure your progress on the way? It is simple to hope your children are kind, loving, inquisitive…it is harder to imagine what you can do to help them on the path of kindness, love, curiosity. I want my children to be confident, to believe in their worth as humans and as contributors to this world, to feel connected to place and people, to be interested both in learning new things and the connection between ideas, to feel capable. I want them to recognize and appreciate beauty, to be able to participate in wonder. I want them to be equipped to live a simple life of peaceful joy.”- @lbkrause

This a post in the continuing series, Wonder and Inquiry.