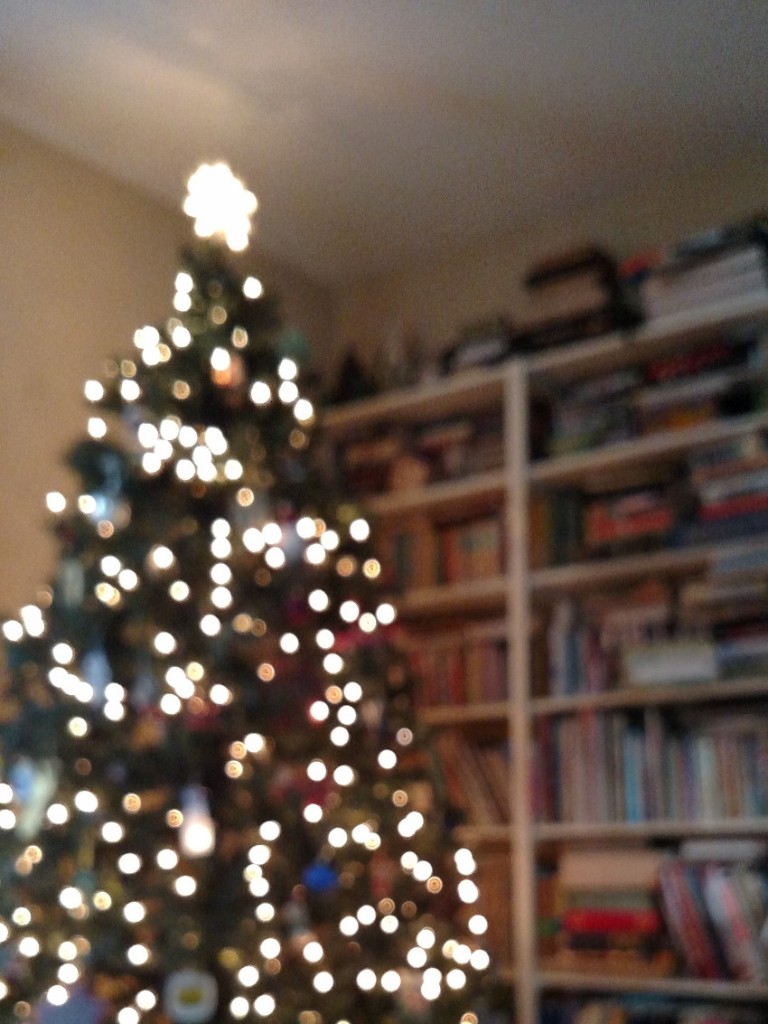 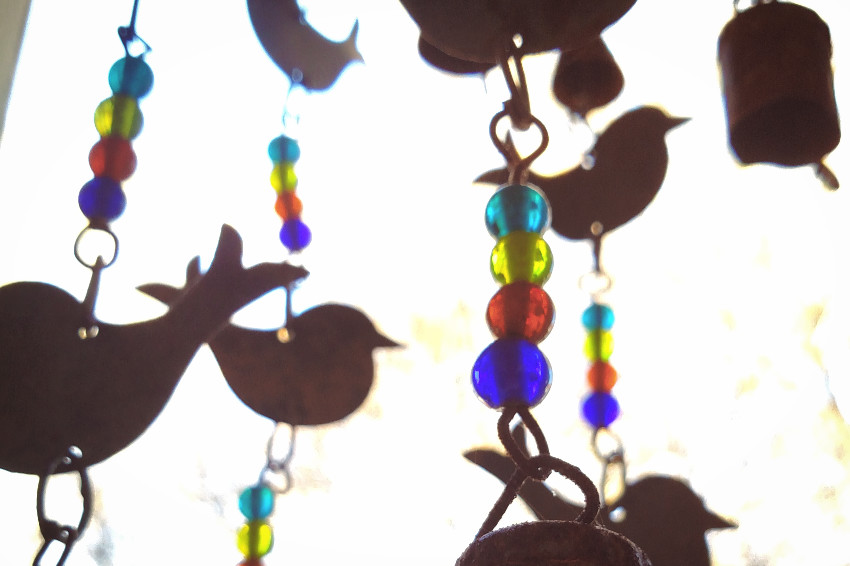 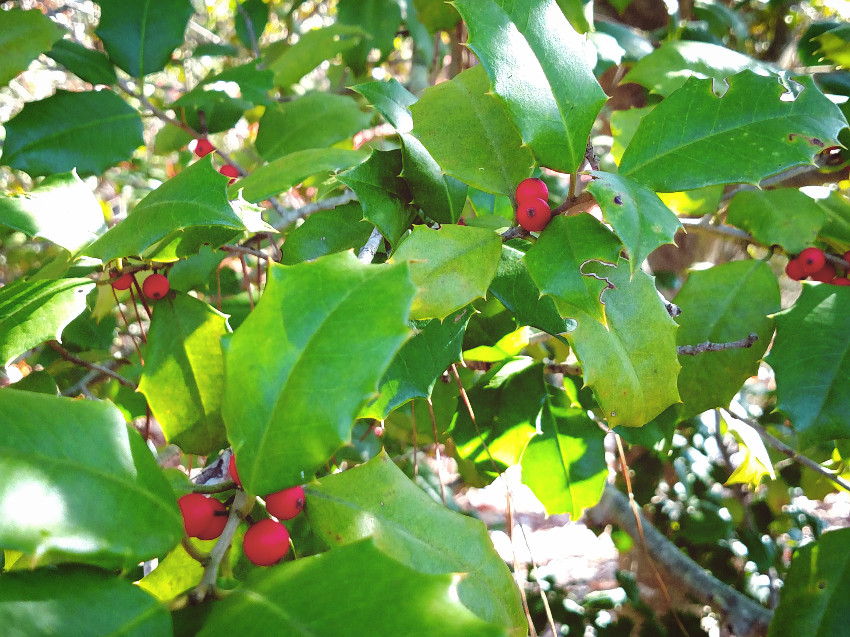 We’ve knocked off school a week early. I was thinking to push till the 18th and then take off the week of Christmas and the following week, but my husband wisely pushed me to let things go a bit early. We’ve done hard, hard work this term. He is so right- it was time.

It is giving me a chance to look back over the last few months, assess, and dig deep into planning before the holiday merry-making instead of after, and I think this is very wise, as everything is bright and fresh in my mind. I can get through it and get it out of the way and enter into the joy of things fully, knowing that when we dive back into school it will all be waiting for me and I won’t have to play catch up.

There has been a profound shift in the hows, whys, and wherefores of educating my children since returning home this year. In the past, you would have found me to be a traditional homeschooler in many senses of the word, influenced by Classical thinking and Charlotte Mason but not really putting those ideas and practices into play. I was teaching young students to read and write and calculate according to textbooks, but I myself was not understanding the underlying knowledge and skills that these textbooks were prescribing. About three to four years ago I began to get frustrated with this approach, but had no idea what to do next.

By happenstance, I ran across a blog describing Montessori principles. I remember feeling quite like a starving woman as I would drink deep from one resource and then move on to the next. Here were answers that made more sense of early childhood education than I had run across previously. From Montessori, I researched Waldorf, from Waldorf to Reggio Emelia. It was in these groups of thinking that I finally began to understand the needs of young toddlers on into the elementary years, in both academic needs as well as spiritual/moral needs. Both of these aspects had eluded me. It feels as if the Charlotte Mason and Classical approach jump in around age five or six- but the foundational play years aren’t really discussed. I spent a tremendous amount of time imbibing all I could that summer in preparation for the following school year, not realizing that our life would change abruptly.

The next two years my children attended a very lovely public school just down the street from our house. I do not begrudge their time there. It was absolutely the right choice and I would make it again it the exact same situation we found ourselves in. I don’t wish to quibble with their education in those years; I understood profoundly that public schools have a distinct endpoint in mind and they must educate according to those norms.

While my children were attending elsewhere, I still kept on learning all I could. We began to incorporate many Montessori practical life practices within our home. I know for a fact that my last two children, Josiah and Ellianna, have experienced a far gentler and more playful toddlerhood than my older four due to this shift in approach.

I’m sure you can probably imagine where this is going. When I realized all of the children were coming home this year, there was a bit of a crisis of faith as I struggled to synthesize all I had learned in these areas with what it would look like for my older, more traditionally educated students. However, if there is anything the last three years or so of studying have taught me, it is the profound knowledge that the children are in the driver’s seat, not me. I knew when we began in July that much of our time spent in the next few months would be a process of acquainting ourselves with one another. I needed to learn where the children were; they needed to learn where I was. We needed to learn to dance together again.

Our fall semester has been spent digging back to the foundation and making sure everything is secure and well placed. That has been a deeply humbling experience for all of us, but a very necessary one. One of the gifts I have found in learning from Montessori, Waldorf, and Emelia approaches is how to allow the child to direct you in their needs. When you use these approaches, lack of skill mastery will become very apparent to you, the teacher, but the child is not harmed by this revelation; they were just playing. This happened quite often with all of my students in the first few months- a gentle invitation to do something with me would quickly show a significant gap in understanding, but the children were never hurt by this, never even knew- no soul-blanching grades staring them in the face. Neither did any of the other children notice when the particular student was unable to complete a task- a necessary thing, I think, when siblings are minded to be competitive. If we had to rewind so far back to firm our foundations, I am deeply grateful that we could do it in such a gentle, healing way- through play and wonder.

In the same way, I feel this deep study has allowed me to understand how to properly ‘set a table of ideas for the child to feast upon’ as Charlotte Mason is so often quoted for. While I could intellectually understand what Charlotte was saying, the practical aspects of it truly eluded me. The same could be said for all I’ve read of Classical education- I completely understand what they are aiming at intellectually, but in practice I’ve found it tremendously elusive. The root of building an education is inquiry. Why do you ever learn something as an adult- how to play a guitar, how to cook, how to write a better grant proposal? You were curious. Or you needed a new skill to approach a thing you really wanted. Children are no different. If you shift your paradigm that way- an education rooted in inquiry, wonder, and contemplation- how one plans, prepares, and sets the table changes fundamentally. It also changes how you assess how well a student is doing, too.

I’ve been journaling through my notes that I took from a workshop that Andrew Kern and Matt Bianco of Circe Institute presented last month entitled Restful Teaching. I would like to delve into them in blog form in some way after the holiday break because I have found their thoughts, particularly on assessment, to be incredibly helpful and eye-opening. To me, it feels that they have taken all the good, wonderful stuff that can be gleaned from all these approaches and synthesized it in a way that truly embodies an education rooted in inquiry, wonder, and contemplation. God willing, I hope to bring some of it here in case anyone else has been struggling as I have.

I have remembered many holiday breaks previously where I have felt quite frantic about the state of things, educationally, and I can honestly and gratefully say that I don’t feel that way this time. I know we’ve been doing exactly what we needed to do to further the children’s educations, that they have done good, hard work, and God willing, they will move forward after the break refreshed and renewed.

This post is the first in the Wonder and Inquiry Series. 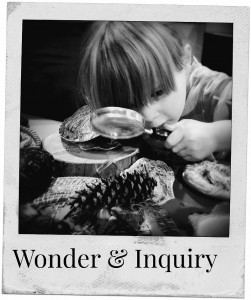