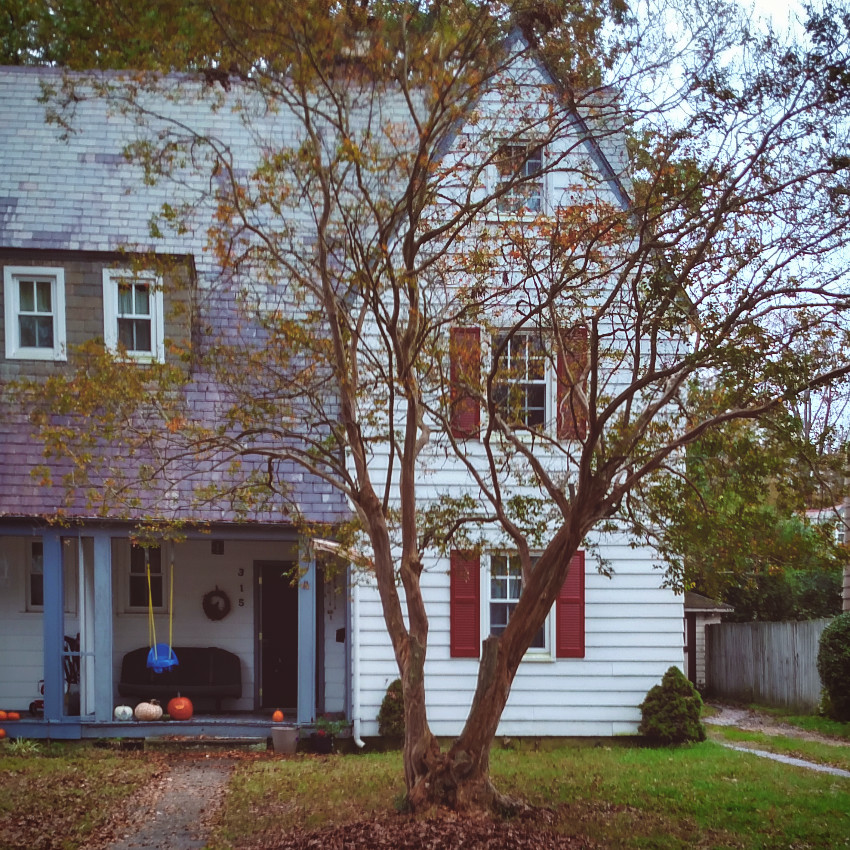 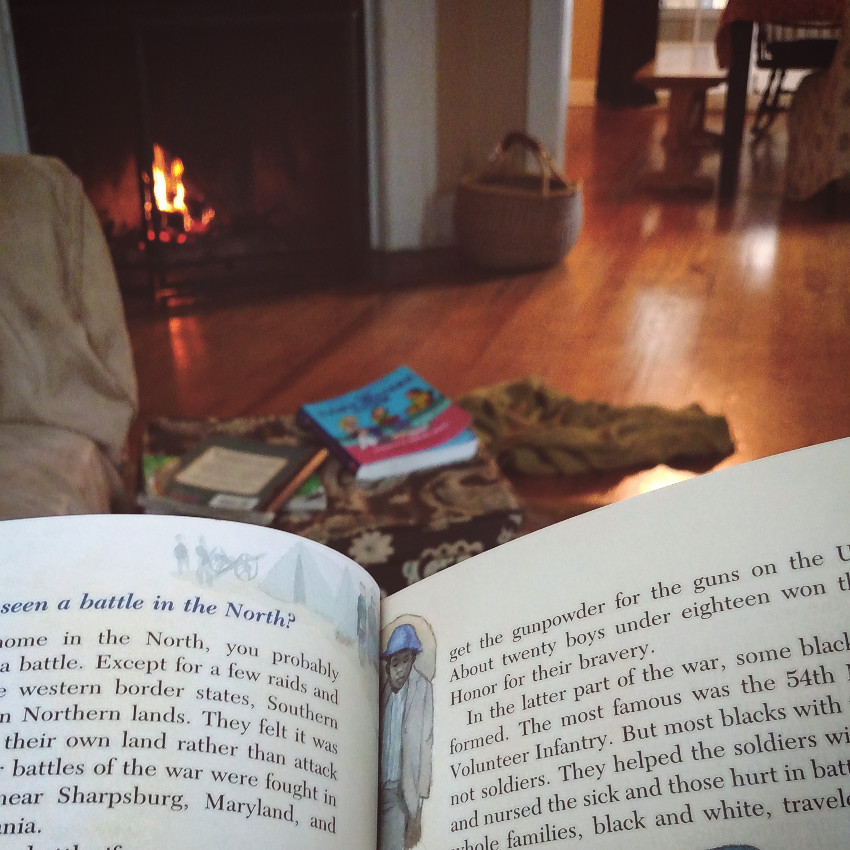 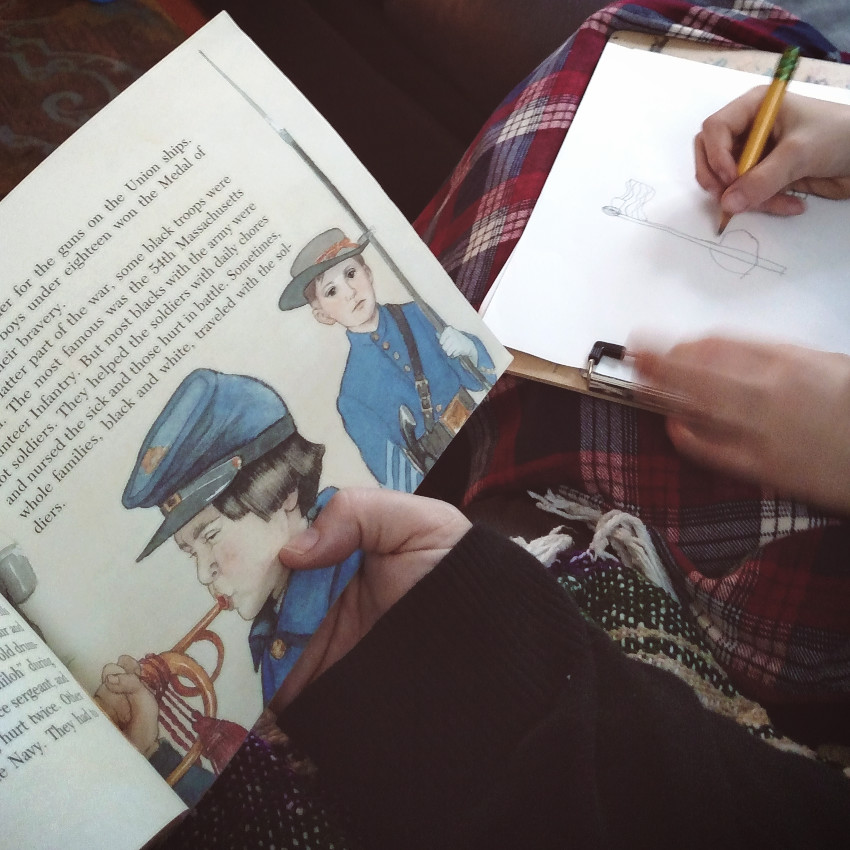 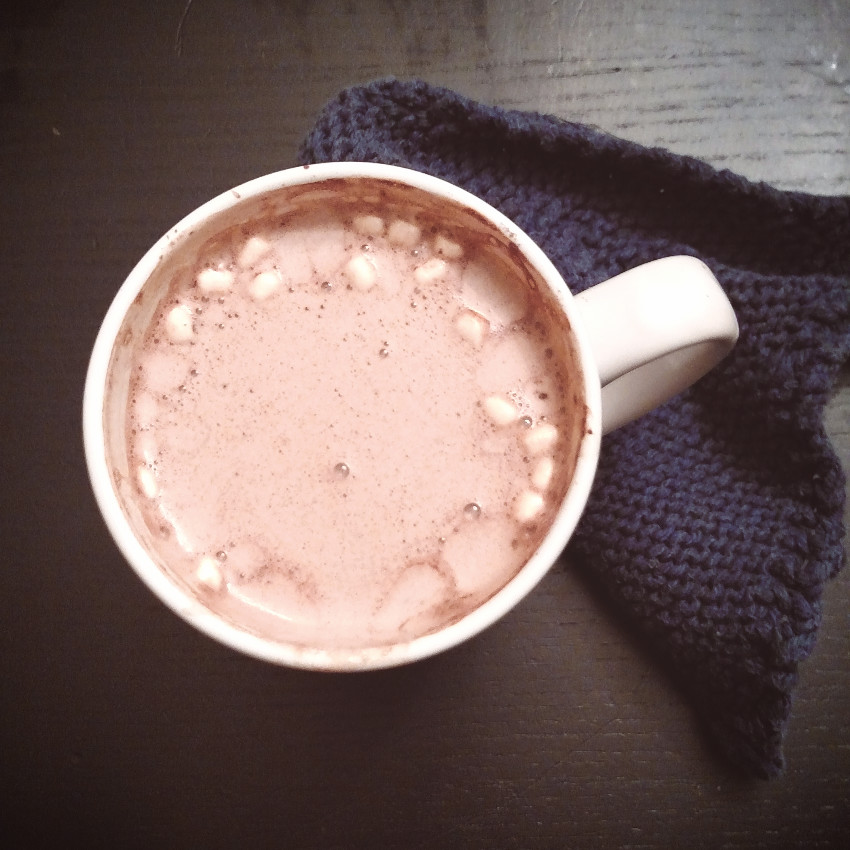 It was a quiet, cozy day. There were still moments of Monday-ness, being Monday and all, but still. We pulled in, read long. We are using Story of the World, Vol 4: The Modern Age as our History spine, taking about two weeks to complete a chapter or so. We finished the (very brief) account of the Civil War two weeks ago. Today we dug a bit deeper with the recommended book list. (The book above is If You Lived At the Time of the Civil War.) I don’t put many demands on the children while I read, other than that they are quiet; some play with Legos or dolls, some sit and listen, and David- David most often illustrates what I’ve been reading of his own volition. I always find it interesting what he chooses to draw, what catches his imagination: today it was a battlefield and a flag.

The older children will move on to engage with the text more in depth- we do map drills of the places associated with the chapter, engage in some of the activities from the Student Book. They will often narrate the chapter back to Daddy at the dinner table that evening. What we do often depends on the children’s interest- Ben, of course, has been very interested in how railroading and industry changed as a result of the war. Lorelei has focused on the bigger picture (immediately connecting our civil war back to other civil wars in other countries we have already read about this term). Isaiah and David, especially, have been interested in the emotional toll of war on both sides, and it was Isaiah, in the car on the way to pick up daddy from work, listening to the day’s news of protests at Yale and the University of Missouri, that connected dots to problems that were left unsolved at the end of the war. It won’t be the first time the children have astounded me with grasp of a subject seemingly far beyond their years.

You never stop learning. I have studied the era in depth at least three times (as an elementary student, as a high schooler, and then undergraduate work in History). I’ve connected more dots in my own brain this time around teaching and listening to and learning from my kids than the other three combined. I’m learning and thinking right alongside them. The connections that young children make unencumbered of the emotional baggage we adults often carry will absolutely blow your mind. Out of the mouths of babes, indeed.