As I’ve continued to organize and straighten my office and creative space, I’m finding little pockets of layouts that never made their way in to albums (and never were shared here, either). The first batch today is probably from 2007, back when I started blogging. I have been very disappointed with the Heidi Swapp Chipboard letters from that era- it seems every page I pull out which included that chipboard has fallen off, completely unattached- sometimes one or two letters, sometimes the whole title. Not cool! (You’ll see them missing on “Laughter” and “Resolved”.) The second batch is three pages I did back sometime in January, I believe. 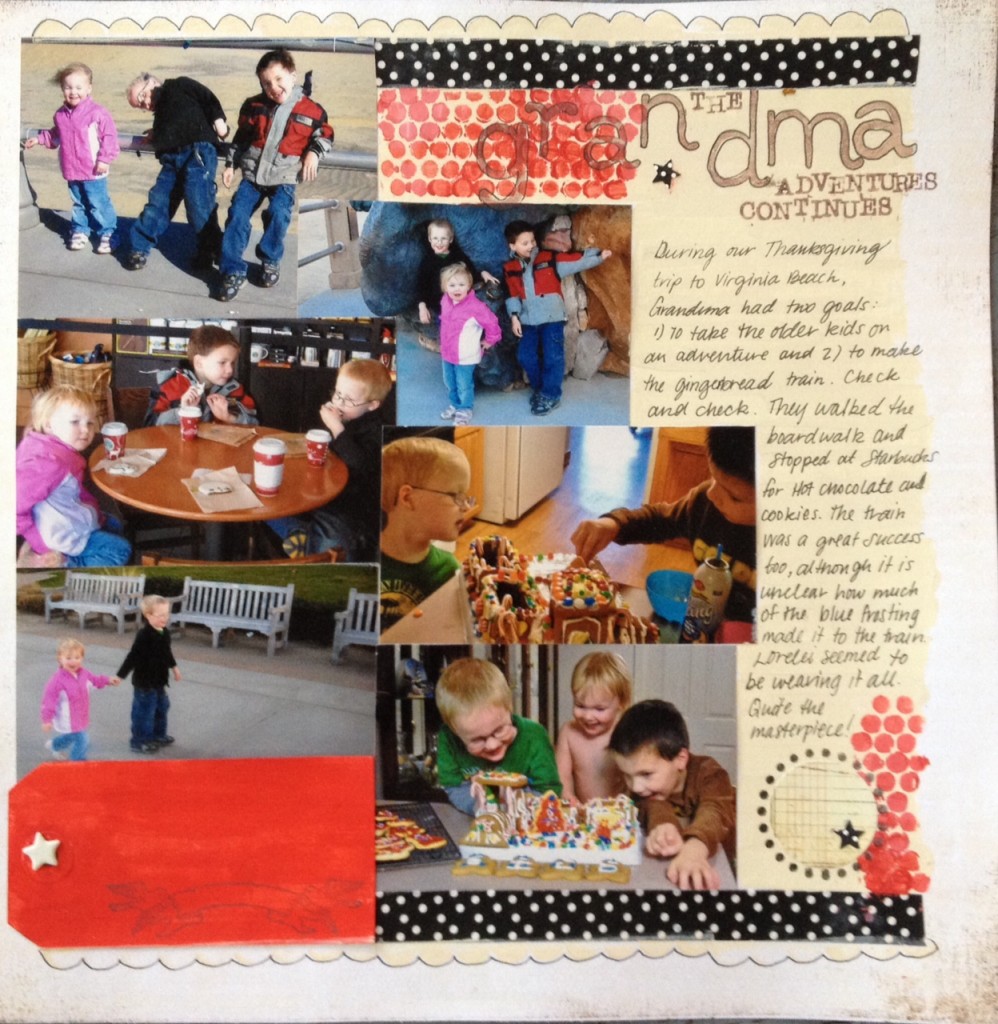 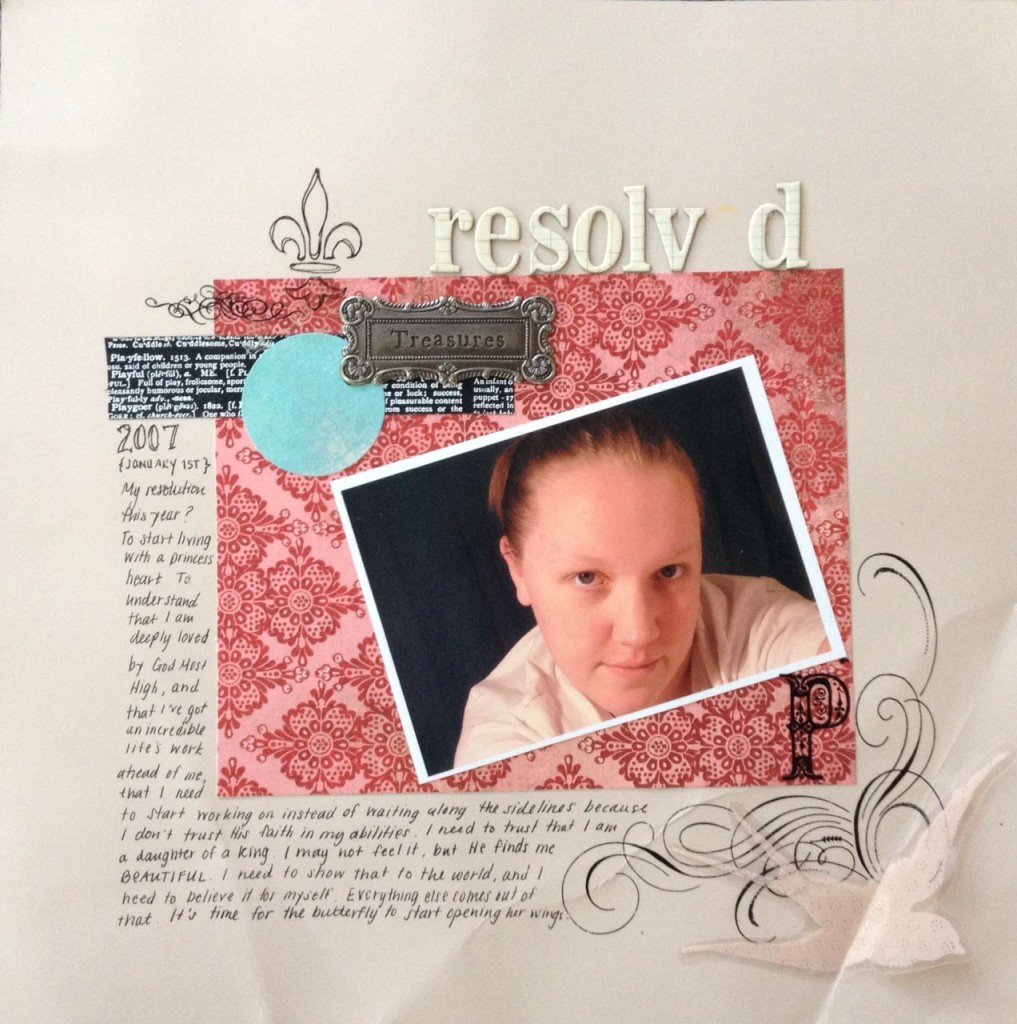 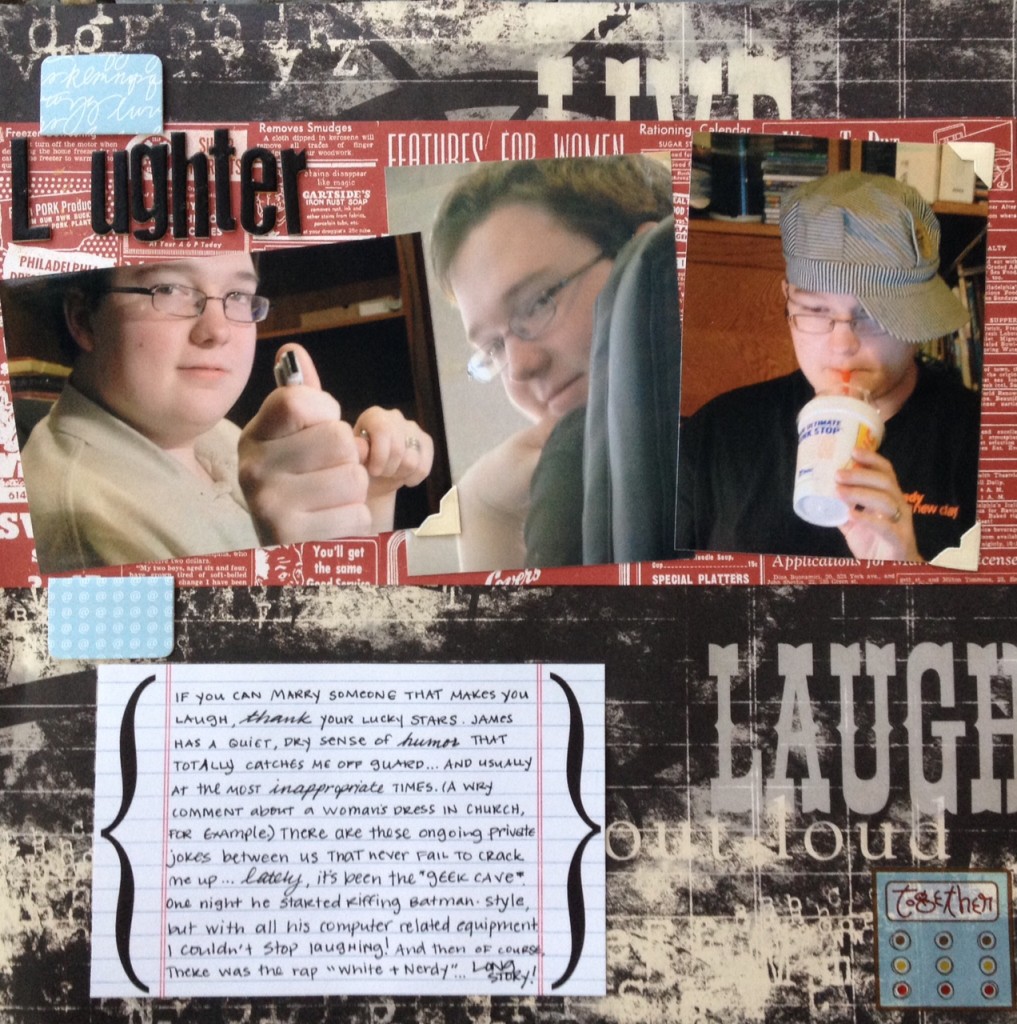 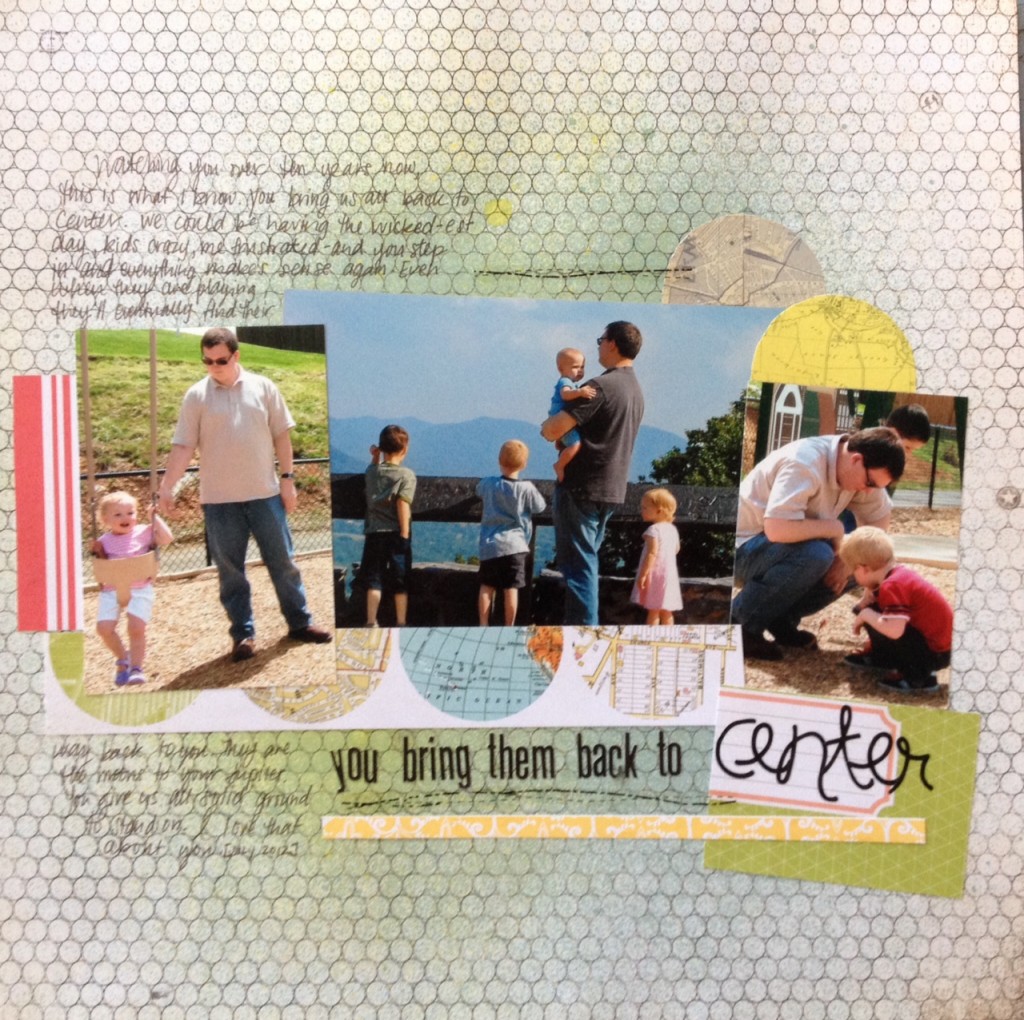 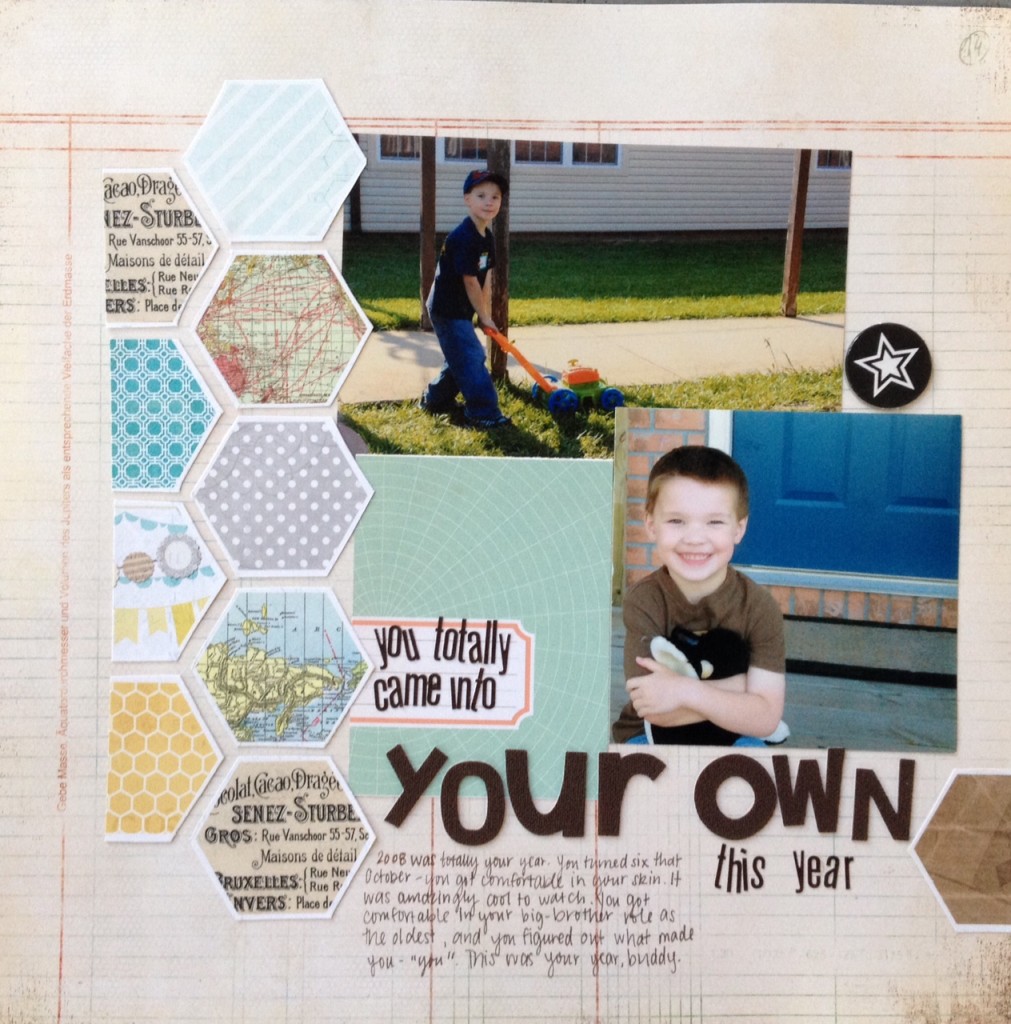 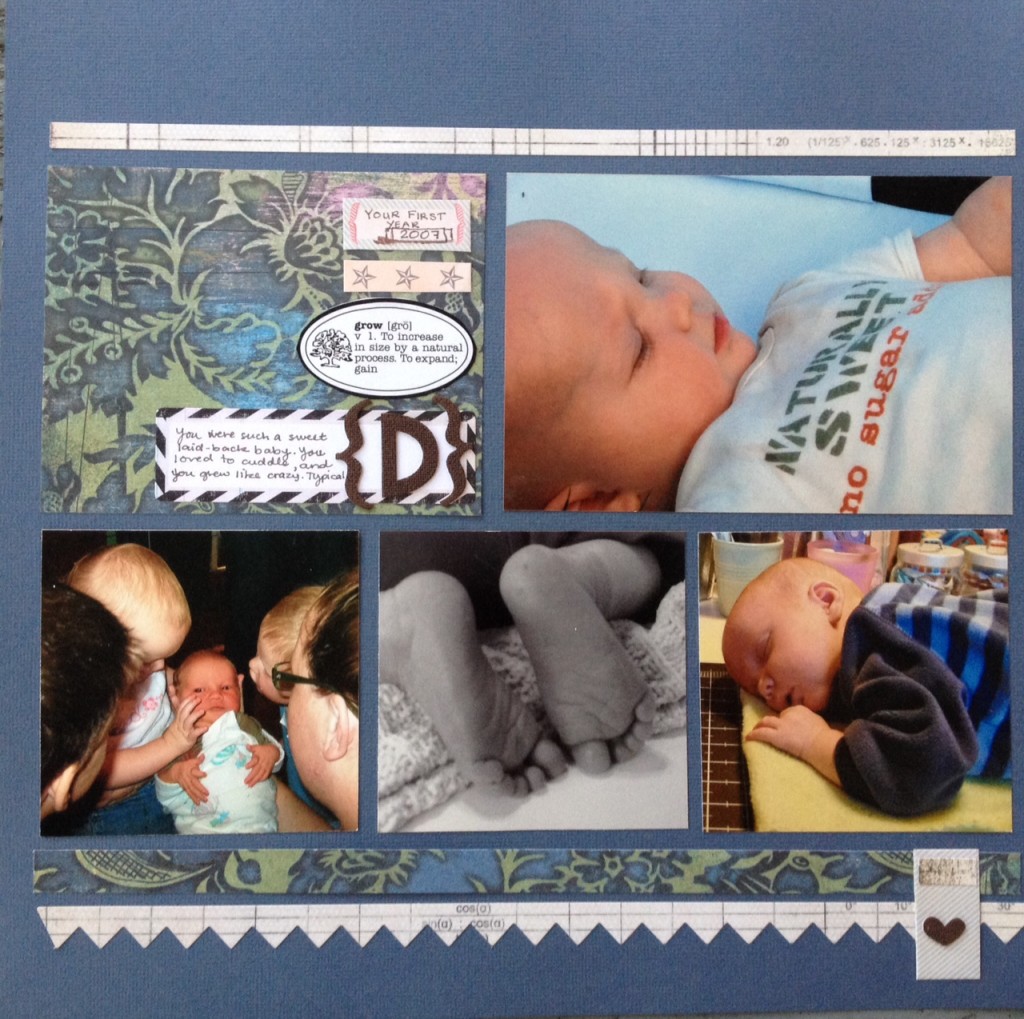