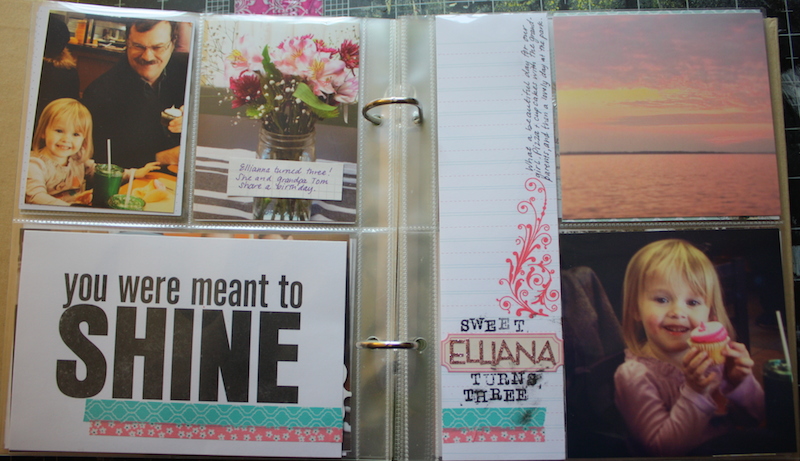 I just finished the month of February in the book. (Right up until just before Elliana entered the hospital). February was two months ago.

I feel like I’m missing a process that would make this easier. The biggest hurdle for me already? The unique size of the pockets, which doesn’t match standard printing sizes. There is an awful lot of thought that has to go into which photos need to be printed and which orientation and then cropping all to fit. Which requires time. I don’t have a lot of that. Then, the photos, once printed, have to be trimmed to size. More time. I need a better way of getting photos into the album.

Ideally, I’d love to be able sit down on a Saturday afternoon each week and quickly pop in the pictures and documentation for the week. Realistically, I’m often doing these three or four weeks at a go and I’ve already begun to forget what happened when and which things I wanted in the book and why. If I still participated in social media extensively, it would probably be easy to track, (and I found that very helpful in the past when catching up on albums)–but I don’t, and what is put on Instagram is self-explanantory and doesn’t really help me remember what else was going on that week that I didn’t choose to document publicly. I’m thinking, at bare minimum, even if I can’t sit down and scrap at some point during the weekend, I need to grab twenty minutes and my paper brain and remind myself of what I want to do so that when I do have a chance to scrap, it’s all there waiting for me. 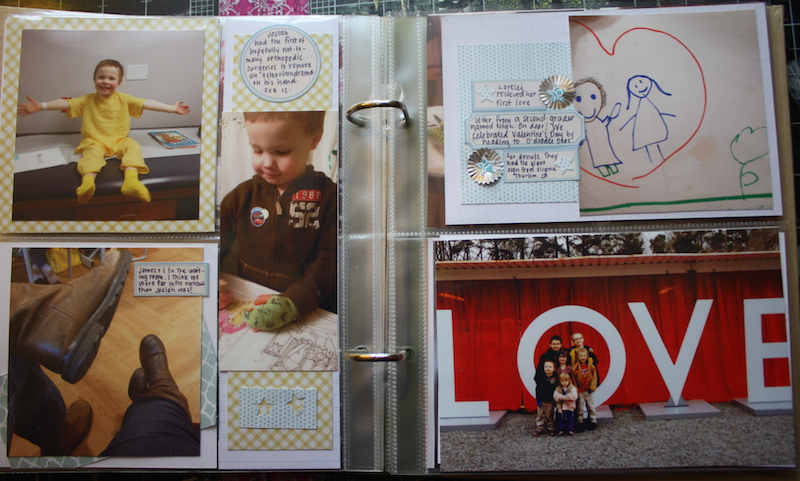 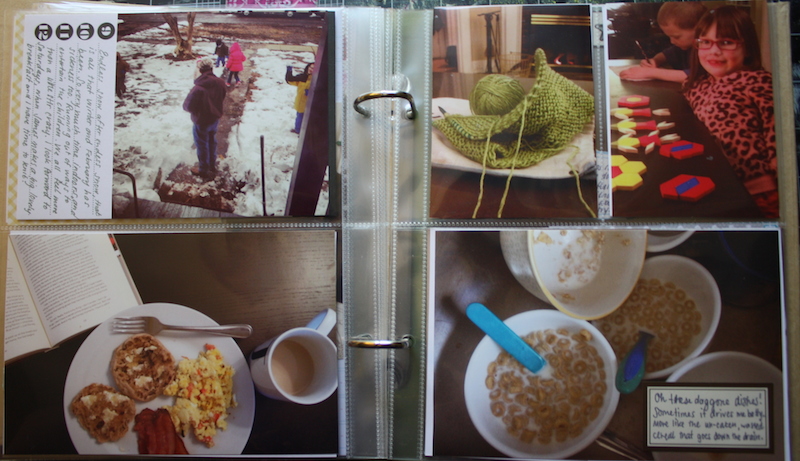 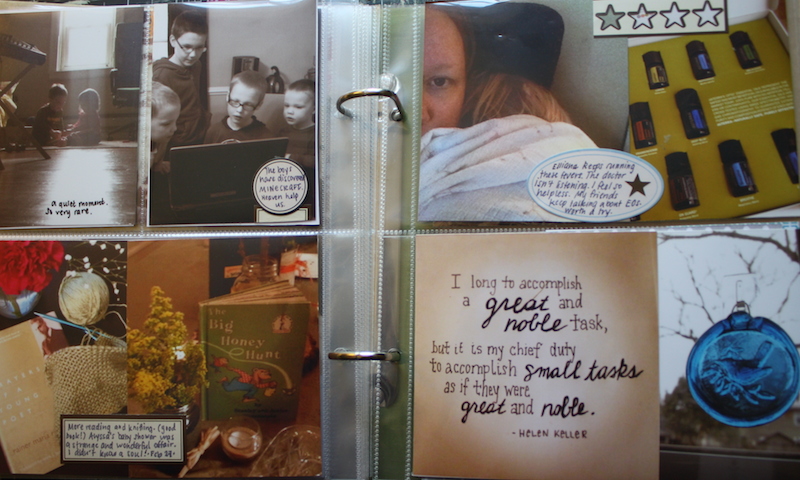 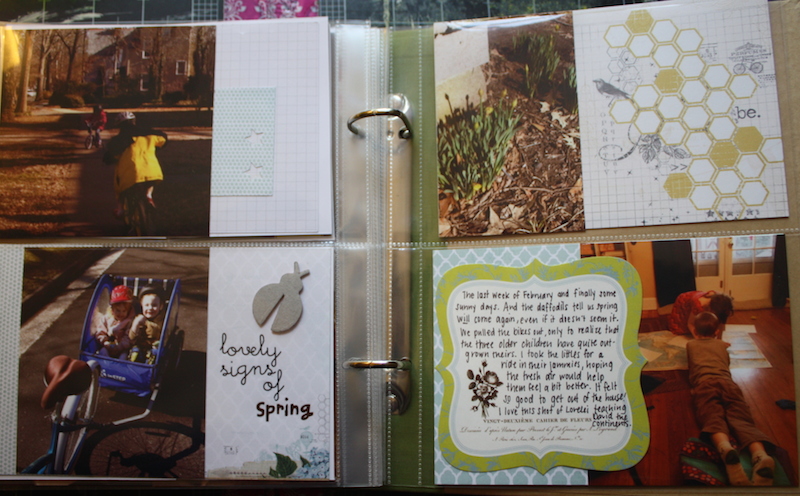