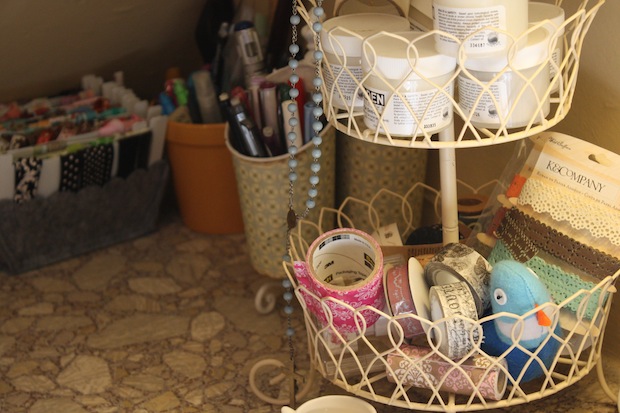 It feels good to be back in this space. It is a comforting presence; a companion that has kept time with me for years now. I doubt I ever thought that it would be around for so long; it was an ephemeral thing, a new way of interacting in the online world. And yet here it is.

I found it interesting as I read and edited through my archives that I said very much and yet told little. This is a choice I think each writer makes as they begin to tell a story, but mine was an unconscious one in many ways. Of course there were certain choices: I didn’t tell all the nitty gritty, I tend to keep my children’s lives in vague references, I don’t really give locating details. This was for safety, sure. What amazes me, however, is how little I allow of myself to show.

Perhaps the most notable thing you may not know about me? I hold a Bachelor of Arts in English and History, and I graduated in 2006. I did this while being mother to two, pregnant, and then nursing my third child, Lorelei. The blog was started about six months before I graduated.

I’ve also not told you how much I loved the life I lived as a student of letters. How much writing sets fire to my veins. How much the puzzle of the history sends my mind spinning in the most delicious of ways. How swirling paint and paper with my fingers makes my heart sing. How when it all comes together my love quickly learned to stand back and supply me with hot cups of coffee. I haven’t told you any of this because- I thought it didn’t matter.

You also don’t know how much music drives my days. You do not know that I sang four years with a Madrigal group, an alto, how the haunting tones of Medieval songs, Gregorian chant, and Celtic music wove deep within my soul. You don’t know that I play a hammered dulcimer (rather badly, but all the same). You don’t know my uncanny knack for naming most any piece of music by the first eight measures, or my ability to pick it up quickly and sing it back to you. I haven’t told you any of this because- I thought it didn’t matter.

You also don’t know how much of Shakespeare I can speak from memory, especially of Hamlet and Much Ado About Nothing; nor how I can tell you the stage directions for nearly every Shakespeare play because I managed the stage productions of nearly all of them. I didn’t tell you about my training in lighting, costume, and stage design because- I thought it didn’t matter.

For nearly seven years, I acted like art didn’t matter. Oh, it seeped out around the edges. I wrestled with it, hard, and of that you can read in the archives (up in the right hand corner under paper and paint) but somehow I had convinced myself that the things that most defined me didn’t matter. In so doing, I took away the very language that helped me make sense of my world, of my faith, of the many decisions I made each day. Is it any wonder, then, that I lost my voice? I had silenced it by my own doubt!

By starving myself of the things that made sense of my world, I also led myself into an inner life that scattered and shattered, a desert devoid of water. I abandoned the practices of my faith and my art, and while I lived calm on the surface my inner life became ever more stormy. I could not hear my own story being written; neither could I see the stories of others.

When we tell ourselves that art doesn’t matter, we buy into a pernicious lie. How is that we can understand the worth of a Shakespeare play and yet discount the stories in our souls waiting to be told? Hamlet was once just a story of a man wrestling with grief. A father loses a son at eleven years of age and so he sets about to write a play that makes sense of his loss, that lets him argue it from all sides. He makes art to make sense of the life that is his to live, and in so doing latches upon truths that we all resonate with, sit a little straighter in our seats, because we’ve faced loss and we know what it’s like to stare into the deep darkness of the things we know not. I would argue very loudly how devoid the world would be to not have Hamlet…and I find myself now arguing just as loudly how devoid the world will be if you and I do not yield to the story within us waiting to be told.

My unabashed love for Doctor Who is somewhat known here on the blog. Now you know of my unabashed love for Shakespeare and of Hamlet. If you have watched any of Who, you know the story of the Doctor and his endless running. I’ve loved this fan-made video for a while now; it perfectly melds the story of Hamlet and the story of the tenth Doctor (both played by David Tennant). This is where art speaks- where a story keeps getting told, over and over, each time picking up fresh relevance to our lives. This is the reality- we will ever face loss. It is the truth of life, death. But no matter what we face, we never face it alone. Art (and faith) are there to bridge the gap. Hamlet questions with us. I don’t know about you, but that gives me tremendous hope.