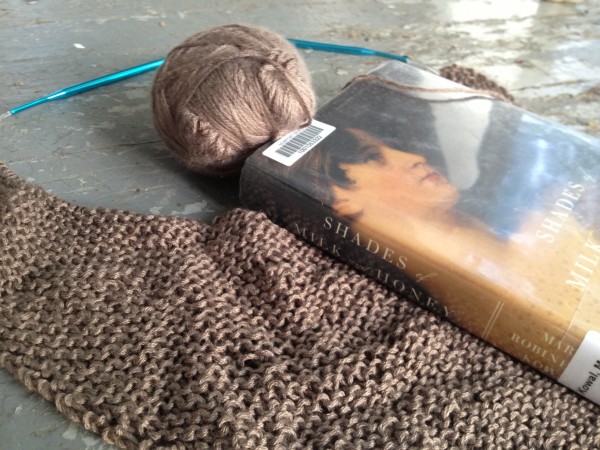 I am sad to report that even a month later, I am no closer to finishing the shawl. I prophesy that you will visit again some five years in the future and I will still be telling you of this lovely shawl that I am knitting and on and on. I am determined to finish it within June, so help me. I missed the gifting deadline by what seems like a bajillion rows. I ponder now that I should have knit it on larger needles. Ah well. If nothing else, I am comforted by the many prayers knit into the stitches. It is enough.

I just finished Shades of Milk and Honey by Mary Robinette Koval this afternoon, while rocking a very colicky niece-y of mine who is trying her best to cut some teeth. I had high hopes for this one, having jumped out at me from the library shelf and described as a ‘beautiful, lyrical, tightly woven meld of Jane Austen, Jane Eyre, and Beauty and the Beast‘ by a Lilith Saintcrow on the cover. I did so want it to be wonderful. Alas. The author, while imitating the much beloved writing style of Austenites the world over, has none of Mrs. Jane Austen’s keen insight into her characters. It was far too contrived and used one device (which I won’t share for spoiler’s sake) to cover the deficiencies of character development. I’m afraid I was too drawn behind scenes to study the mechanics of the book, and in that I much resemble the main character named (unimaginatively) Jane Ellsworth.  The ending is the part I am most disappointed with- for after spending eight tenths of the book struggling to weave together the story, the author snips and sews together the ending abruptly in ways that do not seem to match the character’s wills and wonts previously- a too tidy ending if that could be said?

I must stop there, for I must commend the author mightly for attempting to write so original a story in the style of Austen- a very hard thing to do, and she does it well. I only wish for a little bit more insight into the characters themselves. All in all, it is still far above par than most of what passes for modern fiction, and in that I can commend it mightily. Better than a beach read, but I doubt I’d pick up another by the author.  I caveat this all with the note that many others would probably find it quite wonderful and not note the same deficiencies as I do, but for my training and education in 18th century literature. I’m quite sure Mr. Vincent, the resident artist of the novel, would chide me for not enjoying the art as it is instead of deconstructing how it came to be. 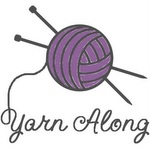