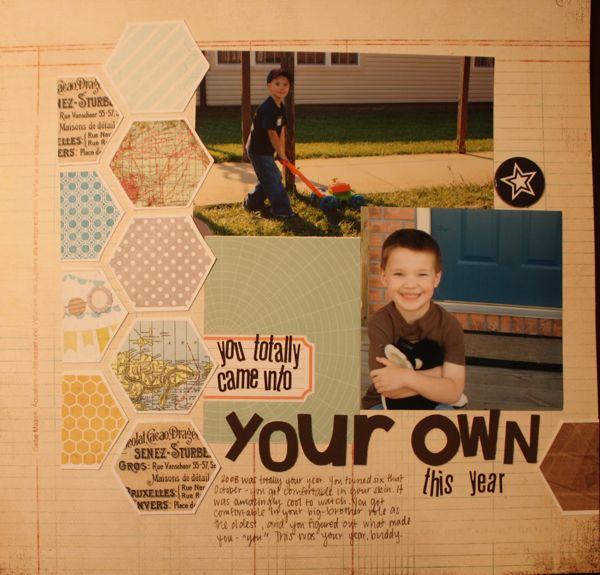 Yes, it’s true. I’m finally getting to those pictures that have sat on my desk for nearly two years. I even scrapped a whole Christmas album. From 2008. To say things have gotten a bit behind is an understatement. I’m an ‘of the moment’ scrapbooker (and photographer). That worked fine until about two years ago, when I ran out of time to scrapbook in the moment. (I’ve basically had albums going for my children since they were born. At least the older three.) Now I’m really quite ‘behind’. I’m not sure how I feel about it. I never printed pictures that I wasn’t planning to use at the next scrapping session- until that session kept getting put off and put off. I’ve still got a few more to get into albums before that space on my desk is finally clear. Then what? 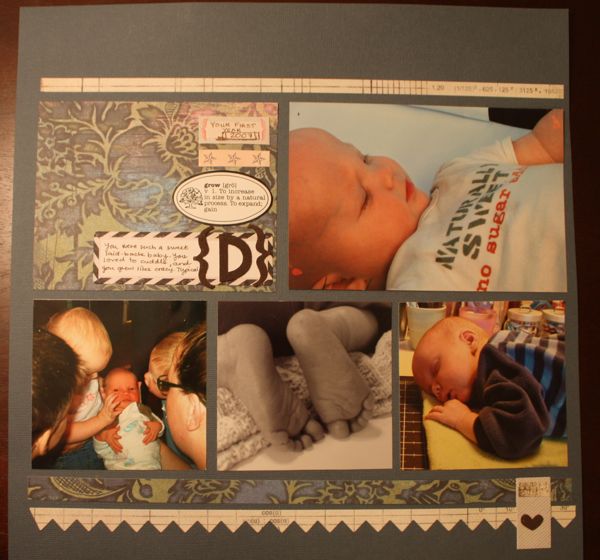 I still love scrapbooking after all this intervening time. I have the luxury of starting again now; I’m trying to decide which way I want to go. I had begun to loosely implement Stacy Julian’s pointers from Photo Freedom. What is much more true now than it was then: I’ve got thousands of photos across multiple electronic devices. None of them are really properly backed up. It’s a project that I plan to tackle this spring as time allows.

I’ll be back next Friday with more scrappy-stuff. It feels good!