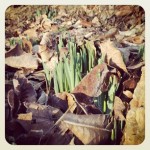 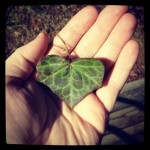 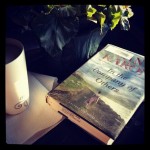 I can’t help but think of margin these days. And ministry. Work. Good work. Not so good work. Being a Christ-follower and an employee. It’s sort of unavoidable. Mostly because I understand that I profoundly did not mind the balance between those things.

And perhaps because the season of life we’re in, I can’t help but think about dreams, too. What does it mean- to dream? to really, truly listen to that arterial song that echoes in your soul?

When it all crashed down, my beloved and I- we had dreams. Fresh out of college, and we dreamed. Four kids at the time. We were contemplating missions work. We were hearing a heart beat half way across the world.  Dreams for life. For work. For ministry. Then, the shackles of financial slavery slapped hard against the skin, chafing. Pinning us against a wall. That’s perhaps the worst part of financial misjudgement- we trade what we think will give us instantaneous pleasure (and it doesn’t) for a future of shackled slavery to a past that didn’t satisfy.

After the dark of nearly four years, we’re finding the light again. And the links in the chains of financial bondage are falling off, one by one, faster now. There’s space to breathe again. In a few short months (hallelujah!), it’ll be over. There’s space for dreaming once again. Space for ministry. Missions. Owning a home, eventually…it’s a tangible hope.

I’ve been studying those whom I either know personally or admire. Watching how they walk the tightrope. How they mind their dreams, the balance, their family, their responsibilities. What good work looks like. What ministry looks like. I’m realizing that it’s an art of subtraction, not one of addition. Seems counterintuitive, that. But true. When they are focused on their dreams- for themselves, for their families- it’s a constant saying no in one area so that they can say yes in the area of their dreams. Even in the financial sense- saying no to small luxuries, so that extravagant God-sized things can happen later. Whatever it is. The sacrifice of the temporary now for a God-given dream in the future-tense. Not spending a lot of extra time at social things so that she can scribble in the margins at night, fill up her shelves with words. Subtract, subtract, subtract. The mama who wipes the nose, and reads the book- again- for the dream of a child full and well grown, in wisdom and in stature. Subtract.

And it comes to me again- we must mind the balance sheet. If it’s overloaded, stuffed to the gills, we can’t move in the Spirit. We can’t! There’s no where to wiggle. Worse- there’s no quiet place to hear.

Dream with me, friends. What is calling your heart? What will it mean for the balance sheet? what will have to be subtracted? What will you have to say no to so that you can say yes?