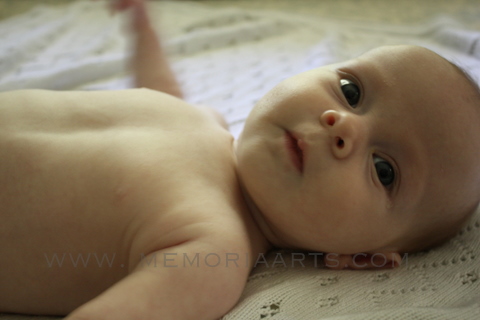 What? There’s an outside? I’ve been staring at such beautiful things inside…

The azaleas are blooming. And I am sneezing.

I need to get out more. In the yard, I mean. Sans the sneezing. I have been gifted with well established landscaping full of beautiful perennials- roses, ferns, vinca, daffodils, tulips- but they’ve been untended for a while and need some loving care. I don’t have a good place for a vegetable garden, unfortunately. Still wondering how it might be accomplished.

I am thankful for:

From the learning rooms:

Frugal, frugal, frugal. The economy is squeezing us intensely- particularly the gas- and so- I am learning to do even more with even less.

Spit up friendly everything. Elliana has taken to ‘giving back’ about half her meal when she is through. Wish I could figure out what is going on there.

It always seems like I am saying order. But it’s true. Creating order out of dis-order. It’s definitely the name of the game here now that moving is through- finding those new rhythms, places for living and spaces for keeping.

Less and less. We have begun to comb the entire schedule with a fine tooth comb as gas prices continue to rise- questioning often what is necessary and what is not- and some weeks, it’s very oddly flip flopped from what one would expect. Like not going to a church function so that we can get to the doctor’s office for the check-up instead. It kind of stinks. No- it really stinks. I’ve heard the same from a lot of families in similar situations to ours.

Refractions by Makoto Fujimura, Bonhoeffer: Pastor, Prophet, Martyr, Spy by Eric Metaxas, and on a particular book binge last week- the entire Ann of Green Gables series (all the way to Rilla of Ingleside)- by LM Montgomery. Oddly enough (considering the light of events that have transpired in the last twenty four hours)- they are different perspectives on war, from different times (Refractions speaks to post 9/11 grief; Bonhoeffer, of Hitler and Christian ethics; and the later years of the Ann series speak to the beginning of World War 1 and “the piper that had come to call”).

How our day to day reality can be so absurd in the light of the world at large- but how important that daily, quotidian reality is to the world at large, and how we need to live for Christ no matter what we are doing, no matter where we are. I can’t help but notice all the devastation that seems to pour so fast on itself, one thing after another, and I can’t help but worry about our economy, both personal and country-wide; but I am a Christian first, and an American second. I pray the Lord’s mercy be upon us in both the personal sense and the more country-wide and global sense.

And as to the fact that Osama Bin Laden has been killed by US Forces- I find it hard to form the words around what I am thinking, particularly as child of a military man who has spent the last ten years and into his retirement at war- and for my sons, who have never known the United States in peacetime- but I think Katherine said it so fully in her post on Facebook last night:

Sober thanks that our world is a safer place…for this brief moment in time. But never is there true joy at the death of an unrepentant sinner.

To the thousands of innocent men, women, and children who have lost their lives at the hands of Bin Laden, may God grant them His peace and eternal memory…and have mercy on us.

History rolls on, and this is but one stop- but we must bear in mind that is is His story, and He will make all things new.

A few plans for the rest of the week:

To live at peace, which- on the face of it- seems so easy. But it is the most difficult thing to do in the life-living sense, because everything we know seems to be antithesis to it. But we are the captives of Hope- so shouldn’t our lives reflect that? (Says the ever constant worrier who can’t leave a problem alone lately and has spent many a late night pacing floor.)

But a certain wee girl of mine- she reminds me. Babies- such hope givers. They praise without words in the breaths they take, the smiles that break for the first time, the eyes of wonder. Tornadoes and floods and terrorists destroy, but yet- but yet- life still abundant- still precious, still new- is given to us in the form of a newborn child. How could we forget the Gift with one of his Gift-givers in our arms?

*Susan is the maid of all work for the Blythes- Ann Shirley nee’ Blythe goes on to have six children, with one in heaven. She also struggles with pneumonia through out her adult life in the books.   She will always be one of my kindred spirits, that Ann. I had forgotten the story of her motherhood and it was a delight to read of it again.