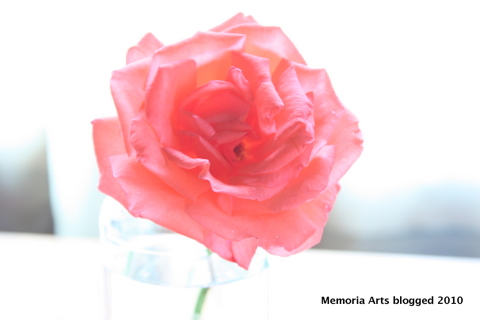 After a very hairy night last night- tornadoes are exceedingly rare in East Tennessee- I can gratefully report that we are safe, as is our extended family- there is tremendous damage, and 16 reported dead so far- please pray for all those affected, particularly in Alabama (126 souls lost). My friend Sam, of The Homemade Dress, reported that much of her extended family, while alive and safe, have lost everything.

Thank you for all of your lovely and kind words upon my return! I had no idea how many people actually read here in this place. What a joy to ‘see’ all of you. I’ve ‘peeked in’ at ya’ll’s places too- will try to get back to comment. I’ve truly missed our comraderie!

There’s just one thing I want to speak to, and then no more ‘grumpies’ in this space, as I tell my kids…

Emily gave me a right good kick in the pants. And then she delivered a roundhouse to all of my excuses. IF that weren’t enough, Kelly had to go get me ‘right in the kisser’, as my dad used to say. Here’s what she said:

I have known for a while that I don’t want to live my life the victim, but having been surrounded by pain coming from every direction, I’ve felt as though I’ve been looking around rather wildly for something normal to hold so I can catch my breath and remember what it means to be alive. But being alive means that I feel pain, whether from a stubbed toe, a death, or a broken heart. Life, as we know it, does have a core sadness, and there are times that I deliberately shut my eyes to it and try to pretend it is not there.

I read something last week, though, that stopped the ignoring that has become habitual. Someone was sharing a story from her life, and the similarity of this post to many of her other posts – and to so many of my own – suddenly made me feel so heavy, weighted down, burdened. I thought, “there must be so much more to her than this,” and then, “there is so much more to me than this.”

There’s so much more to me than this.

There it is, bald face, spelled out, just like that. That’s the feeling I’ve had for over six months now, and part of the reason I shut down the blog for a while. Somewhere along the way, I felt that an honest rendering of what I was going through (in an effort to encourage others that they were not alone) had ever so gently turned into a kind of Eeyore-ish place to be that just made me feel so heavy- and no doubt- perhaps burdened you, dear readers, as well.

It is no small detail that the near-exact length of my time away was from the beginning of Advent to the end of Lent and the dawning of Easter. He was calling me to Himself, and for once, I listened. (I’m extra-stubborn- another curse of Type A-ish-ness.) Advent has always been a favorite season of mine, for as long as I can remember- some of my first Christmas memories center around the wreath and candles. Just thinking about it brings me whispers of peace and joy. Particularly since I had been so ill- I was disallowed from going to places like church where large amounts of people (and lovely germs) might be. I spent the entire season at home, recovering. Celebrating Advent was my only link to the outside world- to the church- to life. It called me to a peace that I hadn’t experienced- and taught me lessons I will carry with me from henceforth.

When Lent began just a short month later, I faced the dichotomy of being to ill to participate in such things as fasting, but for the first time in my Christian journey, I actually had time to focus on Lent because all externals had been stripped away. There’s a certain measure of absurdity in that sentence. Time? Time? Really? As if I had not had time before? After much prayerful consideration and seeking council, I realized that my dedication for the duration was to pay attention. To learn. To not shove away the lessons I was learning, but to dwell in peace with them and seek to apply them as the Spirit ministered. I think the hardest part for Little Miss Type A this whole season was just to dwell. To be Mary, and sit at the Master’s feet, and let all the markers of (what I considered) being a ‘good girl’ fall away. And oh, how I failed! Therein lies the beauty of Lent, I think. It is in our failure to do something as simple as remembering not to drink coffee (or whatever the intention was) that we realize just how desperately we need salvation. If we can’t ‘accomplish’ something as small as that, which (in the larger scheme) has no bearing on our soul, how clearly we need the Master’s guidance upon the things which do affect our eternity!

But God had seen to it that I had a governor on my little car’s engine- the minute I started to try to get ahead of myself and race forward during Lent- my body would take over, and I would fall ill yet again. I think after the second or third time (why hello St. Peter- it took you a couple of times round with the Master too? I love that. It makes me feel kinda normal if he struggled- and upon him Jesus built the church. What hope there is for little me in my little sphere!) of suddenly getting smacked back into bed again, I started to get it. Be still. Be still and know that I AM GOD. Not think you know. Know. Deep down to your tippy toes know. Deep down tippy toes trust. And if that happens, He will change your life.

It’s not the rainbows and blue skys kind of change. I think that does us all a disservice. I think the the change is in the handling of it- we’re no longer bearing the burden if we truly know and trust. I will not deny for a second that life is kinda stinky right now. It feels a bit ridiculous, like something only a soap opera screen writer could conjure. But  it is my life, and there is so much more to me than this. That is the lesson- while I am going through suffering, it does not define me. It’s taken me six long months to understand that, to shake off victimhood and bitterness.

I remember a conversation where I felt like I was being too ‘real’ for the listeners, and sort of kicked myself in the pants for letting it out. Perhaps it wasn’t the time for that particular conversation, but reading Elizabeth’s post regarding courage made me realize that there is ever so fine a line between whining and complaining and having the courage to share a struggle- I hope that I will find a happier medium here than I have in times past.

So this is another Ebenezer, a marking on the journey- I am for life. And love. And dreaming again. To listening to the Master and what He has planned for me. Not cowering in the darkness of shame and guilt and bitterness over a past and mistakes that are in the past. I can’t help the medical issues, but I can help how I approach things. It’s time to really start living; to believe that there is more to me than this. To do anything less is to live on the borderlands of life and faith.