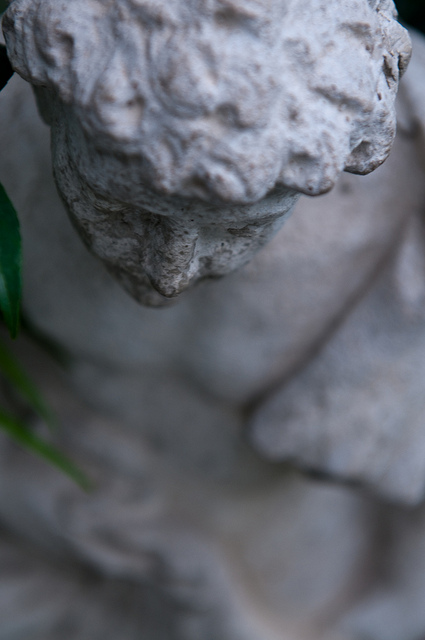 It seems fitting I return here, to my quiet space, on the morning of my birthday.

I’ve long been wrestling here, trying to trace out months of a shadow box fight, trying to get out on page what has happened in heart, trying to find myself among the shadows and shafts of light.

I stopped nearly a month ago writing here. I hit an entirely new obstacle and found myself hushed and silent. I knew that I was not as I was then, that something soul-deep had changed within me, but I couldn’t understand how I got into that dark hole of soul-affliction in the first place. I was trying to trace out the lines here, feeling along the ridges and cracks to find the shape of things.

What I did know is that the months of January to May were a soul-shift of epic proportions. I felt the old sloughing away and the new emerging- a more heart-settled, more faithful, more focused me. But what troubled me deeply was the fact that I had long been in the land of depression- and the more I learn- acedia, and I didn’t know the shape of things so as to be vigilant in future. I thought writing and tracing would help, but I still felt fogged and lost on the moors.

I had learned that I had been living in occupied territory- that much is clear to me now. You can’t see the dark one in the midst of shadows, but looking back I can see where he weaseled under defenses, sowing doubt and sadness, confusion and shame, shifting sands of quasi-truth. My foundation was all shaky- my pride stood tall and my humility laid low, and I became trapped in a land where I did not belong.

It was a sweltering August afternoon that brought it all into focus. I was tracing the back roads from the small private country school my eldest son attends to our barn house, idly punching buttons of the radio. Spin of dial stopped on preacher speaking of Job. I usually don’t stop here- I dislike very much the hooting, hollering tones of the radio preachers, full of trite answers and scripture chunked down, bite-size and barely edible, so far from the Food it once was. But the honeyed tenor tones were speaking of Job, and the dial stopped. I listened.

I have found much company with Job of late- of all the Bible characters, he is the one I’d most like to sit down with for an ex-temporal cup of coffee, pick his brain, trace out words. He faced such staggering loss because of his faith, not in spite of it. So many of the ‘mighty men of God’ come to their glory after such grave sin and discord against the Lord- and His glory shines in His Grace upon them in their brokenness; Job, on the other hand, was so trusted by God that He says to Satan- ‘have you heard of my servant Job?’ as if to paint a giant target upon the back of his dearest servant walking the earth at the time.

What strange love. And what trust! How did Job get such a faith that God would trust him with the most heaviest of burdens and know that in the end, Job would be true, trusting, open to faith still? We so often focus upon the burdens and loss of Job, of his friends that beleaguer and mislead- but rare do we talk of Job’s faith. It was with this in mind that I stopped the dial and listened. It was all that which I had heard before. I looked idly out the windows at the rolling hills and red, red barns, watching cows and cattle amble along. A phrase reached out and grabbed me, and it was as if someone turned the sun up in volume, technicolor brightness flooding the humble country road- “Job’s great faith lies in the fact that he left himself open to pain and suffering, as they were, without bitterness or rancor”.

There the key lies, dear readers. I had been wrestling, ala Jacob, with my faith, with God- I will not let you go until you bless me! I will not let you go until you answer my questions! Why is this pain happening, why? Why? Why? God says of Job’s friends that it was their biggest failing that they tried to reason it out, that they tried to trace the mind of God, who is and was unknowable. Job trusted. It seems so simple, really. He trusted. Surely I can do that too…but Job’s trust is on a plane I may never reach in this lifetime.

It was on the windy back road that I finally came to the doorway to set out into undiscovered country, to leave occupied territory behind, to step out in wild blue abandon into the love of Christ- instead of holding back, hanging around door frame, clenching white knuckled to the wood.

My battle with the shadows had begun when I tried to shut of mind and heart to the pain. Yes, the sting lessened, but with each slam of door against suffering, the light grew dimmer, until I was shuttered in by darkness, barely soul-alive. I had a choice in my grief and lament- I could have turned to the Healer, heart-wide, and attended His instructions, as Job did- but instead I shut heart, mind, soul, slam-bang, away from grace.

And yet, even then, there was Grace, abundant. This amazes still. This wild, tremulous, unknowable, torrent of the love of God. All I had to do was jump in instead of treading around edge on tip-toe. Oh, some days I feel as if I am drowning still, but Job reminds me that it is worth drowning for. There is reward unknowable- the trust of God. What that must be like. Can I be trustworthy, as Job was? Can I trust God even in the pain?

Here I mark an ebenezer, in the dawning hours of my birth, of a jump, of a faith, of a knowing. God is in control. His ways are good. I will trust.

Won’t you join me in the wild blue? It’s beautiful out here.