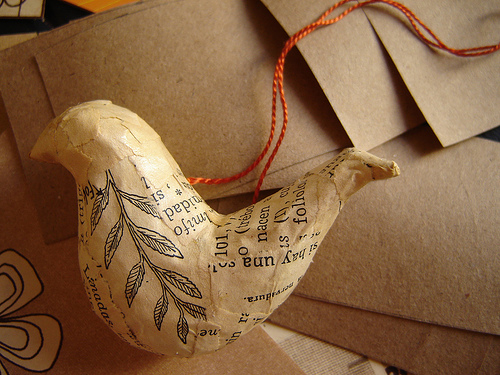 I have never known quiet in my adult life.

I had vague memories of childhood, snippets of time where both my heart and mind seemed quieted, at peace and at rest…moments where ‘all is well and all manner of things shall be well’, as Julian of Norwhich muses…

My adult life, however, has been marked by constant noise, within and without. The noise within is perhaps the deeper concern, because I wouldn’t trade the babble and roar of my children in their play for anything. The exterior noise is always with us in some way or another- the news reports, the deep concerns, the conflicting opinions, the pressures exerted upon us in ways we sometimes hardly understand. I get that.

I have spent an extraordinary amount of time over the last eight years accompanied by an inner noise so loud that I’ve rarely been able to hear myself think. I can’t decide if this has been by choice or by circumstance- looking now I tend to think it is a combination of both. And the result has been, to some extent, that I have been running from myself, from who I am, for eight long years.

That was the most prescient thought and understanding that came to me in the first quiet moments of what I’ve begun to think of as my new beginning, the day I finally grew up. For the first time in my marriage and the first time in my mama-journey,  I had finally come to the first hard stop in my adult life. My first retreat, my first stopping at the wayside. I know this sounds absurd- how many vacations have happened over the years- how many afternoons off at the coffee shop? How very true. But I would enter into these times so dearly over clocked emotionally and physically that what would actually happen more resembled collapse then a gentle surrender.

And more absurd- wasn’t I a Monday through Friday single parent, weren’t there five little pairs of feet circling about my skirts? A retreat? Are you kidding me? And “yes”, I’ll nod, “all well and true.” But a retreat is more in ones mind than in ones physical surroundings. Oh, I had to prepare food, wipe noses, give baths, change diapers, that did not change. It was my thought life, the spirit life where the retreat occurred.

It has been perhaps the most difficult thing I have ever done. The first few days I found that in an odd sort of way, I just needed to shut my internal noise off. I thought that this would be easy enough, but it was so difficult. I think and think and think things through, like a dog chasing tail. A large part of my thought process over a day is creatively tuned- that image, that color, what would that look like? ( I have since realized I am not that unusual in that regard as I have talked to other creative types. I used to think that was incredibly weird.) But at the core- there was a slew of demands on my ’emotional bank’ so to speak, hanging like creditors, wanting a piece of my heart. My private pain. And I have literally run from ‘them’ for years.

It was an intense exercise to just meet the thoughts, as they stood, and let them go, to hold my mind as an open set of palms and just let the thoughts alight on my fingers and then let them fly off again. I wanted to curl finger, grab hold, wrestle, fight, or more than often, just turn tail and run. Such a rare few of them were gentle butterflies and birds. More often they were strange and deformed. It was hard not to see monsters. What was more striking to me was how often a particular Psalm would rise up and greet the thought. I’ve never memorized vast portions of Scripture, so I found this startling. Or one of the Prophets would speak. Jeremiah. Isaiah. Hosea.

I watched this all unfold, strangely detached and yet right there in the thick of it. It is oh so very hard to explain.It was so hard to just let my thoughts be. To not judge myself, to not over-analyze, or to reason away. One of the first lessons I learned was simply that- that I paid undue attention to them in a destructive sort of way. I tried to name everything, to put each little thing in a proper box, shove it up on a high teetering shelf, and not deal with it again.

To use an analogy, the constant cycle of breakdown and crash externally and chronic depression internally were a result of all those teetering shelves crashing down around my feet, begging me to deal with the mess. And up to this point, I never did actually really look at or clean up the mess. I would just blindly start grabbing things, shoving them into ill-shaped boxes, jamming them hard on shelves, and “getting back to life”, as I would reason. But what I have failed to profoundly understand is that the mess and those boxes were my life, and as long as I kept blindly flailing on, my life would always be this mess, this divided life that is and is not.

That revelation stopped me hard one day. I was walking from the dining room to kitchen with a child’s cup in hand, clearing the table. As this understanding and revelation occurred, I sort of just stopped mid-stride, and much to my consternation,  dropped the cup. (Thankfully, it was plastic.) I remember looking down at the spinning cup thinking, now how did that get there?

My faith has always been a place of safety for me, even though I’ve hardly understood it at times. I’ve found myself clinging to it in the worst of situations, wordlessly hoping that there really was a God up there that understood what it was I was struggling with. But I’ve always felt such a failure in the traditional sense of the word- I’ve never been good at praying or reading my bible for any length of time- I’ve never felt myself to be a ‘good’ Christian girl. I have all these doubts that encircle me more often than not.Imagine my surprise a few years ago when I began to blog and write and people would talk about my deep faith? Me? Really? (Imagine girl turning around and looking behind her, wondering if there was someone else in the room they could possibly be referring to.) I am just a wanderer, longing for Home. Theology more often than not confuses and angers me. I can’t line up and give you all the ‘right’ answers, because in my experience, there are no answers wide enough and deep enough to encompass the question. Except for Him. The Answer, with a capital A.

(Isn’t that odd, me who likes everything labeled and neatly in a box? My faith in God rests largely on not putting Him in a box. How weird. But it is what I feel comfortable with at the moment. )

All this to say, when it comes to me and prayer, I feel odd-man-out. I never quite feel like I am doing it right. Rewinding back to the day in front of the washer and dryer, I likened it to a groan, from deep, deep in my heart, from the bottom of my faith-toes, and can only be summed by this: Kyrie Ellison. (Lord, have mercy.) As a matter of fact, in the following days it became my only prayer actually vocalized or thought- as a terrifying thought would come to confront me, Lord, have mercy. When I physically began to wane, and feel faint, Lord, have mercy. And you know what? It was enough.

I feel like these revelations would come to me, these understandings, as a result of that groan…and I wouldn’t even know that I needed this answer or that answer, and yet, it would come…grace upon grace.

The first week or so was truly a letting go. Of outward expectations of a clean house or made beds, of being the ‘good mama’, the ‘good wife’. Of letting all these thoughts that had circled my head for years- forced buzz bees on a march- and letting them go. I can’t say at the end of the first week that I felt any better. As a matter of fact, I joked quietly with James that the Mac Truck had backed up and run me over a few more times that week, and would he like to see the treads worn across my body, cartoon style?

Yes, the train had crashed. But that week marked my slow walk away from the crazed tracks.