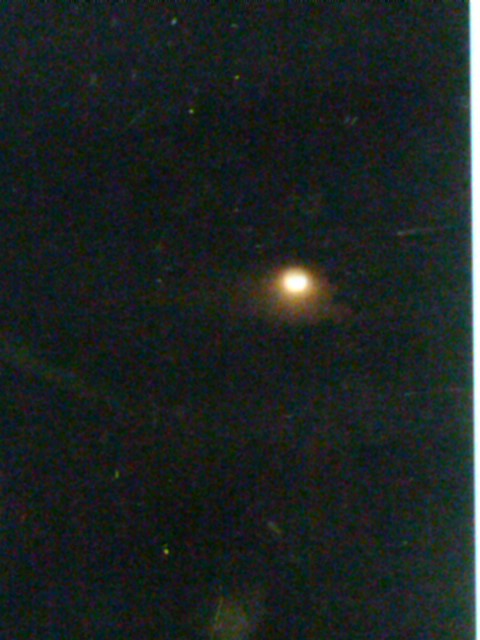 Poets recall the fickleness of the moon, how inconstant the wax and wane. Perhaps they are right. But I love the moon in its courses simply for the fact that it is there- and how, on most nights- it reflects its glory light from the long-sunk sun of day faithfully. The moon rarely asks much. It does not beat upon the brow with its heat. It does not blind. If anything, it has become to me a lantern of hope. In the darkness of a clouded night, what relief the moon brings in its truth-telling as it slips through the cloud cover!

The moon and I became companions as February turned to March, and James began the second shift. At first, it was in the comfortable familiarity of our little house, newly freshened with paint and waiting for its new owners.

I found the routine easy enough- if exasperating as the bath time battle began- because of the sheer smallness of the main bathroom and the need to somehow bathe or shower five children in a reasonable amount of time. But once they were in bed, the evening was mine. For a few days, I found this somewhat freeing: I could scrapbook to my heart’s content, blog, facebook, twitter, whatever. At a week in, I began to overdose on the having so much time to myself, and began to feel restless. Evenings had long been the only time that we had together as a couple- our time to reconnect and recharge- I missed my best friend and I felt a bit unmoored emotionally. The one who listened to me and whom I listened to- was not there. It was just me and empty space.

The simple nature of the second shift meant that I was basically a single parent Monday through Friday. It seemed as if it would be a tough transition, to be sure, but one that could be accomplished in some sense of the word.

The barn house was another story. The square footage had doubled. There were two full size bathrooms now- which meant a much easier bath time to some degree- but on opposite ends of the house. One of my boys (who shall remain unnamed) took to running naked and sopping wet from one bathroom to the other, for reasons known only to him. It meant that the carpet in the living room regularly got doused, and within two weeks I had a ‘path’ of stain and dirt. (We’re renting. SO not a good thing.) Perhaps the hardest part was no longer having a dishwasher. I am not chronicling this to complain- but you have to understand how the circumstances shifted. In the old house, I had gotten down to a routine that meant I rarely spent more than an hour total on home care and laundry. In the new house, washing the dishes alone could take me close to an hour or more. (With two toddlers and a baby in the mix, I think you can imagine the dirt and goop factor overall.) There were still myriad boxes to be unpacked and dealt with. (Even now, a few remain, six months later!) It took hours after the kids were in bed to just bring some small semblance of order.

I began to become overwhelmed by the sheer needs of the home, let alone all the needs of my children going through a transition. It was particularly hard for Isaiah, who struggles with Sensory Processing Disorder. Our first weeks in the barn house were marked by constant temper tantrums and frustration until he found his bearings, so to speak, and became used to the new sounds and sights and textures of a place utterly alien to him. Even his physical and occupational therapists grew concerned as he suffered what seemed to be a huge setback in skills. It was temporary- thankfully- but it was incredibly difficult time for him.

Basically, I was busier than I had ever been so far in my married life and as a mother, and it was terrifying. I literally could not do it all- could not be two places at once, could not be both mother and father to my children, could not complete the daily house chores. Many days would begin early and end incredibly late, well into the wee hours. (First mistake.) Secondly, I thought I didn’t have time to take a time out, to rest, to accept my new role. (Second mistake.) I dropped off the radar, both with God and with others, especially my husband. I didn’t want to burden him with what I saw as ‘small beans’- I wanted him to enjoy his new job unencumbered by the quotidian needs of our family. That was my job, wasn’t it? (Third mistake, and perhaps the most telling.) I was trying, desperately, to run on my own power. And to a large extent, I was running from myself.

In the beginning, I resented the moon when it appeared- because it meant another failure filled day was coming to a close and I was still behind.

About three and a half weeks in, I had a complete and utter breakdown. I am sure this comes as no surprise to anyone reading- you’re probably shaking your head a bit at my ridiculous drive to nowhere. And I’d laugh uncomfortably with you, because it does seem so absurd!

It happened in front of the washer and dryer, about an hour before my husband was to leave for work. Something there just smashed opened the flood gates of despair for me. I think, in remembering, it was the massive pile of ironing that was sitting there. My husband had yet to receive his uniform, so he was wearing polos and khakis every day in a very dirty, greasy factory. (The uniforms are entirely practical in this sense. They are much sturdier and can handle the industrial cleaning they need.) Ironing is something I do rarely- James did most of it- but when could he possibly do it now?  In the current situation, it was the last thing I could do in addition to everything else, and yet, if I did not, my husband would not be fit for work the next day.

I just lost it, dissolving into tears at the realization that I was in way over my head. I sunk down to the floor, an exhausted physical and emotional wreck. The fumes had left the tank- there was nothing left. I didn’t even cry at first. My husband just found me there, crumpled, staring off, glassy eyed. As soon as he found me, I began to cry. This turned into the glutteral, ugly, almost wailing cry- truly a cry of grief two years in the making- I was curled into the fetal position, just rocking back and forth, nearly incoherent.

Poor James. He told me it was the hardest thing he ever did to walk away that day. He had to leave for work. We could not afford him losing this job. In truth, it blindsided him. I had not revealed to him in the slightest how much I was struggling, so he had no inkling, no measure of how far I had run aground. He held me for as long as he could, and then he left. I was still sitting there, in front of the washer and dryer. I was alone. The kids were happily playing in the next room, content for the moment. The sounds of their giggles would make me tear up again. How were they happy when I’d made such a mess of things? But as the minutes ticked by, the giggles and babble called me back to sanity and reality. They were happy, and I had nothing to do with it. Thanks be to God. Something in my mama-soul shifted in that moment. I would never, ever, be enough. And it was okay. This weight was not His yoke, and it slipped off. I spent the next moments in the oddest hour of prayer I have ever spent. It was nearly wordless. Groaning would be perhaps the better term…I finally could relate to the Psalmist. At the beginning of the hour, I was physically exhausted. I felt I could not stand again for faintness. By the end of the hour, I felt a renewed strength. It was not my own. I felt spirit-woman that day. I had no idea how my legs or arms were working, how I got through the rest of the day, but I did…God’s grace.

And as soon as the kids were in bed, all the chores left undone, I crawled into bed. The large barn window in our bedroom reflected the moon on the wall. It was peering through the still naked trees of early spring, and the effect was something of making it look like there was rain across the moon. I was oddly comforted by this vision- it was as if the moon was crying for me and with me. A new season, finally, was to begin. And the moon was leading the way.