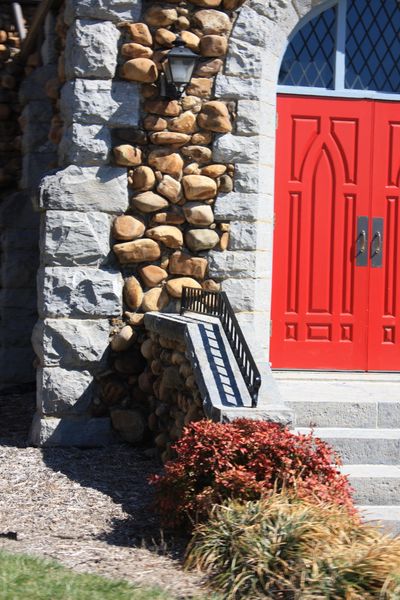 Thank you for all the well wishes! We are excited. They are about 30% sure it is a boy, so we're not certain we're blessed with another Mr. for the crew just yet. We'll wait for the next ultrasound to know- Bean was a bit shy for the sonographer this last time.  Although, I fear that we may have to change the name we are considering for our little brother- Josiah- because, try as we might, only Ben can pronounce it correctly, and the rest of the kids say it MUH-siah. Which, while quite funny, is a bit blasphemous… we'll see. And giggle in the meantime.
—
When I discovered I was pregnant in late November, I was both elated and terrified. So soon after the miscarriage seemed a miracle in and of itself- especially when the doctors had told me that the chance of concieving again was quite low. But I lived in fear for a few weeks, so worried that I would lose the baby again. A dear friend and prayer partner of mine listened to my fear- she has experienced miscarriage as well- and what she wrote me that day turned my perspective on its head. She said:

And may I say, dear one… do not fear.  Hope- and hold
tightly to it!  I always try to remember that my God is big enough to
pick up the pieces if I am devastated, but I will be so disappointed in
myself if all goes well and I look back at the fearful me, the me who refused to place my hope and trust in the only One who can hold it.

(Can I just say how thankful I am for friends that will speak truth into our lives?) I had been dwelling on this teeter totter between hope and despair for many a month, even unrelated to pregnancy and miscarriage with all the upheavals of this last year. And certainly, with the baby, I was dwelling in a near hope-less state, believing that all would be well, and yet, and yet…fearing. Every little twinge, I worried.

The Spirit had been ministering to me across November and December, preparing my heart for what my friend would say to me in the new year. I personally think that God has quite a sense of humor, much as we parents do with our children- we know how to work around the little foibles and follies of our kids to get to the point of the matter, in a way they may not even suspect we are doing so- and so does God, I am sure. I know myself- had my dear friend said this to me any sooner than she had, my ears would probably have been stopped up, and my mind cluttered with churning thoughts of all the reasons why I had every right to despair. I smile at it…God's timing is always perfect.

For what she said in truth and exhortation inspired me and galvanized my desire to dwell rightly. That one piece life again. It was a bit painful, I'll admit. To look over the stretch of months and think I had been doing relatively well, only to have the Truth revealed to me through prayer that so many areas were lacking if not failing all together because I had become stagnant. Pit-dwelling. Dare I say lazy? But it was a fruitful sort of pain, much as a bone being set back in place- because I saw that all was not lost and that the Lord would teach me how to walk straight and true in the ways I had been crookedly meandering.

I am called to live a life of praise and hope.

No matter what. It has gone deep into my heart these last few months. And the searching questions began- what does that look like? How can I live that? What does a hope-filled day look like in the face of adversity? Oh, few of these questions are answered in full- each has come whispered, piece by piece, task by task, moment by moment. Only as I am able does He give the next lesson. This is hard for my type A personality- I want to know the whole picture, right now.  But I laugh with joy at the realization that God knows me better than I know myself- He does know every hair on my head- and knows just how much I need to know, need to see. I am learning, first and foremost, to just trust the Shepherd and His gentle yoke.

In the intervening months between then and now, I have had plenty of chances to turn to the old ways of despair. The flu, for one. Lorelei's sudden and unusual hospitalization, for another. The general trials of a cold and wet February that seemed to zap the light right out of a room with its overcast dreariness day in and day out. I am not saying that I have succeeded every time, but I do find myself turning to praise and prayer more than worry and despair. It's requires a constant choice-making. A constant renewing of the mind, as Romans 12:2 says.  I press on, chasing the Light…

More tommorrow.
—
(Photo of the lovely red door at the Episcopal church downtown…I don't think I've ever seen a episcopal church without a red door  on every entrance around here- anyone know the significance? It is so striking, and yet, so appropriate to the architecture…)