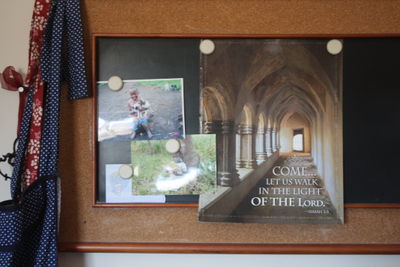 "The light of the menorah, [Rabbi Micheal Strassfeld] says, 'lets us see each other and thereby enables us to help each other on our journeys. Despite the darkness, in [the Chanukah candles'] light we can see clearly from one end of [the] world to the other.'
Rabbi Strassfeld, of course, is not speaking to the church, but I find in his words a helpful insight into one of Christendom's most persistent metaphors for Jesus: He is, we say, the light of the world.  He is the way, to borrow Rabbi Strassfeld's phrase, that we can see clearly from end of the world to the other."
-Lauren Winner, Mudhouse Sabbath
Thinking on all the etymological meanings of light today: the sun has finally come out after a week of nonstop rain and precipitation. In winter, I find I both notice and cherish the light so much more than I do in the heat of summer- we take the warmth for granted. There is nothing like a cold day and a warm patch of sunlight to step into. I bask, enjoy, drink it in. It is also because the light remains largely hidden in the winter months-days can stretch on end without so much as a glimmer, overcast, gloomy, bereft.
Light too, in the weighty sense of the term. The slaying of the under the stairs monster is finally done, the trash thrown out, the clothes and unneeded things donated. You can walk into the closet now, with one small corner taken up with Christmas decorations. It feels so good, so freeing. That understairs storage was like Custer's last stand, threatening to pull me under every time I thought about attempting it. I consoled myself with the fact that the rest of the house was in decent order and passed it by so many times. It had become a frustration and a burden that often niggled in the background. In a house that is cozily full of babies and kiddos (I say 'cozily' somewhat sardonically) storage is prime real estate. And it drove me nuts that most of that under stairs storage was chock full of *stuff* that we hadn't used, wouldn't use, and didn't ever need in the first place. I needed that storage for things we did use but had no place to put them. Now the garage (which had contained the storage spillover in the nooks and crannies) is now finally and fully a garage, just for cars and outdoor toys and James' domain- the poor Mustang is no longer buried and neglected. It would bring me great joy if James could actually mess around with it again- one of his first loves, long before I entered the picture or married him. It has a special place in my heart now too. I can't tell you how many times in the dark nights of financial insecurity it has almost disappeared, and how thankful I have been that we have never had to sell it. It's a legacy I hope that we'll be able to pass on the boys. I'd eat beans for months before selling our poor girl. She (yes, a she, but no name) was almost restored, but had some problems with the engine still. All heck broke loose around the same time, and the least of our worries was finishing it up. So maybe, just maybe, James and the Mustang can dream again?
If there has been one blessing in the scary dragon, it has been the chance to walk down memory lane- some where in that mess was our 'keepsake' box- the box that held love letters and class rings, graduation caps and ultrasound pictures. It's amazing how the light of nostalgia can reveal things to you- things you've forgotten, things you dreamt about. And oh, how we laughed. Belly aching, tears running down cheeks, shaking from toes to head guffaws. We've decided in no uncertain terms that our kids will have to be seventy before they can read the letters of our early marriage- the poetry was that pathetic. Totally and completely embarrassing now. I won't torture you with it. But there were other writings- letters full of dreams and hopes and prayers, old journal entries, old artwork. It is fascinating to see yourself now in light of then. I think in some ways, I dream bigger dreams now. But I am pleased with the person I am becoming in this moment- I've fulfilled so many of the dreams I dreamt then, and remembered a few that I've left dormant. It amazes me to see and know how God had bigger dreams, better dreams, than I ever could have imagined then. Who would have ever imagined I'd be a momma to four, living in the country, digging in the dirt, getting paint on my fingers, wending words on a page, rejoicing in being my husband's beloved?
I am thankful for these little glimmers of light sent my way today- I pray that God will continue to shine light ever outward from here. I want to see with His eyes. I want to see from one end of the world to the other.
Send forth your light and your truth,
let them guide me;
let them bring me to your holy mountain,
to the place where you dwell.
(Psalm 43:3)

(The tear sheet is from the back of this month's Discipleship Journal, and the photos are of Bumali, our World Vision girl, living in Uganda. I put these together on the board in my kitchen because I want to see and remember, every day.)