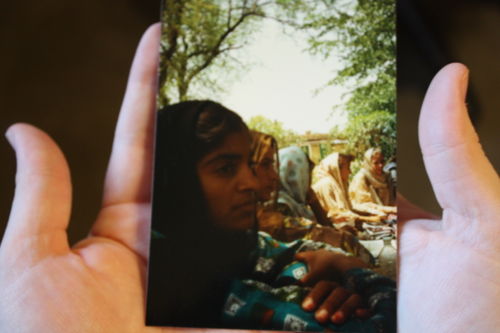 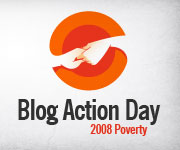 The prayers called at 4 am in the morning. I was so groggy, so jet lagged. I was hungry. I was tired. I was sore. And I was grumpy.

My assignment, that first day in Pakistan, was to go with a group of team members to the market in town and purchase our food needs for that first week. To my thirteen year old mind, the fact that this place didn't have a grocery store was already a strike against it. I can't even describe my attitude that first morning…entitled. Selfish. Angry. I hated the local costume that we were required to wear: a shawar kamise and veil. I hated that I was up way before my usual wake up time because of the infernal prayers calling from the mosque at all hours of the night. The irony was that I was with a Christian missions team: Teen Missions International, Pakistan 1996. I was here to 'save' them! How that was turned on its head…

I shuffled through the gate of the compound, rubbing the sleep out of my eyes. Opening them, I felt like I had suddenly shifted in space. It was so dirty. There were children, emaciated, running through the streets. Their mothers followed behind, bent over double carrying their heavy loads, looking like that any wrong move would break them in two, they were so very thin. I remember spying a girl who appeared to be my age by her eyes, but her face was wizened and creased. Human waste ran down the ditches on either side of the road. Beggars, afflicted by leprosy (Yes, it still exists.) called out from the side of the road.

I was so ubelievably shocked by all that I saw that first day. Leprosy, that Bible ailment? Still around? The hunger…the poverty…the injustice…to this day, words fail me.

We bought food for our entire team for a week (24 people): flour, tea, etc for about $15 US. That was only two dollars more than my allowance at the time.  When our team leader pulled out the thousands of rupees that it amounted to, the stall keeper started crying. We drew a crowd…many people in the village there had never seen that much money in their lifetimes. I remember standing there, watching that, and the only thought was: that was my allowance. I get that allowance every week. That was my allowance! How many of my allowances would it take to feed this village? It's such a small amount! Surely, someone can feed all these starved people! I remember asking the translator what the normal wages were for a worker in that village. He said something like 10-15 rupees. The resident math whiz on our team figured out that it was less than like, a third of a penny or something. I couldn't fathom it. I still can't. I thought I was hungry. I had no idea. I thought I was tired. Suddenly, my concerns and gripes felt so ridiculous and rude in the light of the hunger and poverty I saw all around me!

I want to say that the first morning in Pakistan changed my life. It did. But it took me much longer to understand that lesson in global economics…much longer. When I returned to the states, the memory faded, grew more remote. But when I became a parent, when things were tight, I suddenly realized the horrible reality of poverty that I had experienced in Pakistan. The burden that poverty was for the parents of those emaciated little children running through the streets. One cup of Starbucks coffee on one day is more than some entire families make in a month in this small village in Northern Pakistan. !!!!!!!! I may be on the lower end of the totem pole money wise here in America, but I am richer than that entire village, that entire area! !!!!!!!!!!!!! I can't even verbalize how deeply sad that makes me.  There are so many ways we could change this. I did what little I can right now: I sponsor a child, Bumali, through World Vision. $30 a month feeds her and her family, pays for her education, provides her family with the things they need to build a sustainable living that moves them out of poverty. I also try to live as a sustainable a lifestyle as possible- I look for fair trade symbols while shopping, I reduce, recycle and re-use as much as I can.There are so many things we can do to help. Please, find a way, there are so many! Anything you can do will help.

Father, I repent. I repent of my indifference, my greed, my hard-hearted selfishness that ignores the needs of others.  Father, I can never forget what I saw, what I experienced. How the children's eyes looked, the bloated bellies, the drought that plagued the land. Please soften my heart. Help me to consider every decision of home economy in the light of Your economy. Help me to be a better steward of Your world, help me to stop stealing from my brothers and sisters around the world. Don't let me forget the least of these.