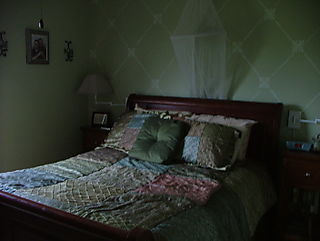 This illness, pregnancy, and surgery came completely out of left field. We were smack in the middle of life: a best friend's wedding, catching the last rays of summer, getting all the school stuff organized and more on a schedule. And then, wham!

I think if you could do something more character building to this mama, cause her to have major surgery, and then tell her she has to sit still for two weeks. It is really, really hard! I say this all tongue in cheek, of course, but seriously. I am a doer, a problem-solver. Right now, I am not even allowed to pick up my kids and have to be seated and have them handed to me. I am laughing at myself and my wiggle-wormies. Hmm. I wonder where my kids get it from? It has truly been a humbling experience.

It's been kind of like putting on a new pair of glasses and getting used to the prescription from a different perspective. I've seen and noticed things that I never would have otherwise since I was busy (rightfully so) being mama and wife. Like the amazing luxury of a well made bed. I can't remember who along the way told me this (and it's been driving me nuts) but one of the women in my life early in my marriage gave me the advice to do as much as I could in the master bedroom as budget allows. She said, if all you have got is $20, buy the best sheets those dollars could buy. She said that you could skimp in the other areas of the home in those early broke-as-ramen-noodles marriage days, but try as hard as you could to make the bedroom as special as possible. And so, little by little, adventure after adventure, our bedroom came together. It truly is a sanctuary. It was put together so cheaply, you'd find it hard to believe. But it really is beautiful. The walls are a soft green, and the overall effect is somewhat celtic in nature. There's no tv or computer, and I really do try to keep it as cleaned as possible. I try to make sure that even if the rest of the house is a tornado, by the time James comes home that bedroom is nice, neat, and welcoming. The sheets are a 6oo count sheets, soft as silk. The down comforter is fluffy and inviting, and I usually keep a vase full of alstromeria on the dresser (I get it super cheap at the grocery store, maybe $3-$4- they last for over two weeks well cared for, so it's a bargain).

I didn't realize how much I took it for granted until I was suddenly "stuck" in it due to the surgery. I remember the first night of being home after being in the hospital for two days, with its garish colors and starch stiff sheets, and just sinking into the bed with a sigh of delight. That bedroom has been as restorative as medicine, I tell you. When I woke up the next morning, the sunlight was streaming in, I glanced up at the dresser where the flowers I had put in on Monday were sitting. I physically felt pretty awful, but my spirits lifted by leaps and bounds in just a few seconds. I share this, because I know us mamas. We're pretty busy taking care of our kiddos and husband, and often make sure that everyone else has those little extra touches, while our own self care languishes. This has a two-for-one benefit…not only will you get a more restorative rest in a bedroom designated as a special and sanctuary place, but your husband is blessed by it too. I am a firm believer in God, marriage, and then the kids. And the bedroom is a part of that. That bedroom should be the nicest place in the house, over even the living room and the plasma television. For the last three years that our bedroom has been this way, we've fallen into bed at late hours, crawled out of it at early hours, collapsed in pure exhaustion. I don't think I've ever stopped to consider how much that restful room has helped our marriage to stay strong, but it's so true. Its use is set apart for rest, restoration, and love, and even when nothing else has been going for us or there has been huge crisis, our bedroom is a safe place.

I've realized this extends to hospitality when someone is ill. I can't tell you how much I've enjoyed the flowers and ballons sent my way this last week. I never thought I'd like that- I am kind of minimalist. But boy oh boy, each new one that showed up, my smile got wider and wider. Simple beauty like that is such an outpouring of love. Knowing that someone (to borrow the cliche) "cares enough to send the very best" is a restorative medicine too.  So send a little love letter to yourself and your spouse, and make your bedroom a special place. You'll be so glad you did!