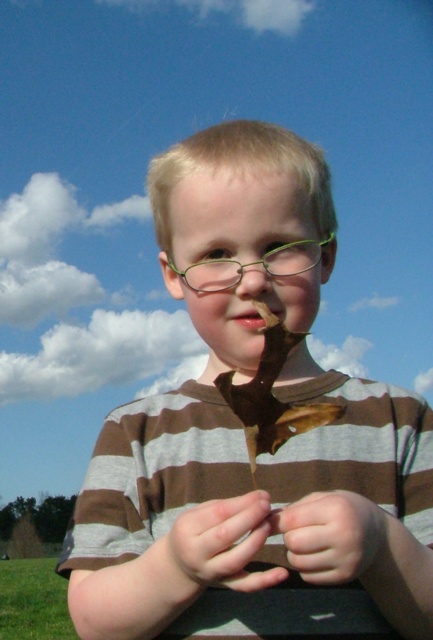 Oh, Isaiah. Forever going a million miles a minute, glasses half off, skewed to the right or left from the last tumble he took; a blur of activity. I must touch, and sing and comment on everything I do- this is Isaiah’s modus operandi. But yet, a darkness blurs his sunny disposition. A terror, a scream, when a dog is sighted, a suggestion to swing is made, loud colors or noises surround.  He screams in outright terror, physical fear shakes him. He begs to leave, to go the bathroom (his way of saying it is all too much for him), to hide.  What is this that troubles my dear one?

He is wholly unlike my other children in this regard- every child has their good days and bad days, likes and dislikes. But Isaiah? His reach bright florescence: if he likes something, he really likes it. If he doesn’t like it, he really doesn’t like it.

The momma heart questions, watches, observes. Nearly a year and a half go by, with no real change in his reactions, and the usual issues are ruled out: food allergies, ear infections, colds, lack of sleep…the laundry list of childhood ailments that every momma works through when a child is struggling. The doctors watch too, and finally, referrals to specialists. All is not right here.

And so, a question answered. Sensory Processing Disorder. An answer, and yet a whole host of new questions beckon. Why Isaiah? Why SPD? How can I help him? Can we make this better?

The short, lay answer: Isaiah sees, hears, feels just as you or I do. But the way his body processes it is abnormal, meaning that certain sensory things can send cause his brain to go haywire. Therapy is required to help establish the pathways in his brain that were missing, and causing the ‘train to go  off the tracks’ so to speak. His is mostly vision related; his hearing and speech are normal, but his vision is not. The way one doctor explained it to me, his SPD is due to the fact that his eyes don’t "talk" as fast to the brain as his ears and other sensory centers do, causing physical discomfort (dizziness and clumsiness are common in kids like Isaiah). His seeming "over reaction" to certain sensory things is actually his and his body’s attempt to ‘make sense’ of what is going on. He quickly tires in high sensory environments because his body and brain have to work very hard to make sense of things. He regards swinging with abject fear ( and wouldn’t you?) because it totally messes with all of his sensory centers. He has absolutely no idea where he is when he is swinging because his eyes, brain, and ears aren’t talking to one another in a way he can understand.

In the end, this means that the normal four year old issues are exacerbated. A normal four year old has a lot of things going on emotionally, mentally, and physically and Isaiah is no different. But some things are off: picking up toys, for example. This used to be a huge battleground for Isaiah and I- I’d ask him to pick up the blue car and put it in the bucket, and he’d just gape at me. I’d get angry, thinking he was being defiant. But now that a lot of answers have come, I now understand that a lot of the time, Isaiah has a hard time actually seeing the toy. (His eyes do not "team" together, meaning that objects often ‘jump’ around on him- it’s also why he tends to walk into door frames.) If he can’t see the toy, how can he pick it up? I’ve been learning to connect, direct, and touch with him. First, I need to get on Isaiah ‘s eye level, and get his attention. "Pick up the blue car."  Second, I need to ask him what I said, and he repeats back to me. "You want me to pick up the blue car." Third, I take Isaiah’s hand and rest it on the car. We do this four maybe five times with a few different toys, and then he can usually pick up the rest of his playthings on his own. Talk about a eureka moment.

I feel relieved, yet frightened. Relieved that we have an answer, but worried about what it all means, and the ever present momma questions: Am I doing enough? Will he be okay?

But you know what? All I can do is be with Isaiah in the right here and now. Tomorrow will take care of itself.