Life is slowly, ever so slowly, returning to normal. (Ha! If it can be called that!) I am starting to feel like I have my head screwed back on straight; most of the doctor's appointments and paperwork hassles that accompany a new kiddo are slowing down; David is kinda-sorta sleeping through the night (or at least sleeping for longer stretches), so everyone is a tad less sleep-deprived and grumpy and more their old selves. I wonder how long it will last?

David has been having some strange seizure-like episodes since he was born. The doctors are hoping that it was just related to the severe jaundice he had when he was born; it's not all that uncommon. All the same, he had an EEG on Monday to observe what was going on, and he had an episode during the test. I hope it gave the doctors an idea of what was going on. We won't get the results until Friday at the earliest- but I admit I am a bit on tinter-hooks until then. It's so hard as a momma- you just don't want your kids to be ill, don't want them to hurt. He is otherwise healthy and gaining weight just as he should, so that's a blessing! 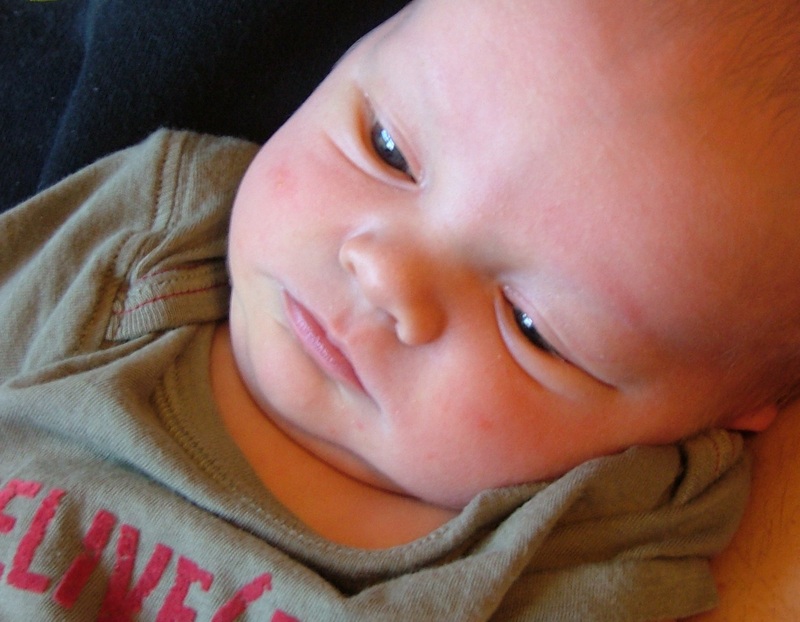 And…drum roll please…I finally got to scrap for the first time in six months! It really is like riding a bike…you don't forget. I love how this turned out…even got some paint and sewing on this one, and in less than 45 minutes! Guess I am moving from my "creative sponge" to my "creative mojo" period…hope it stays around! 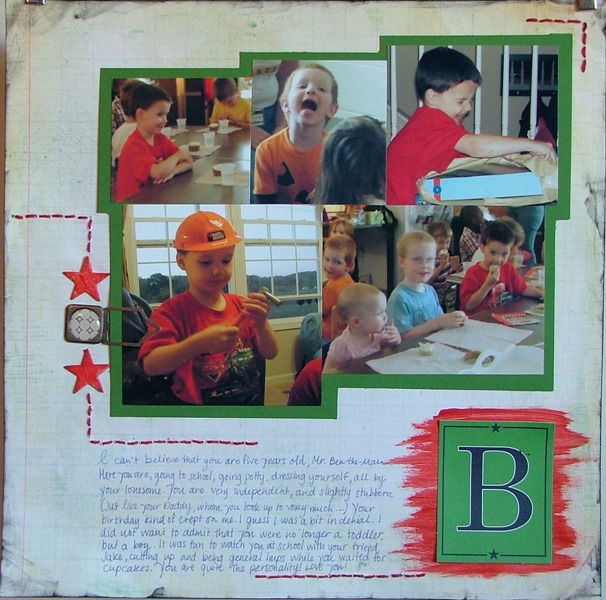