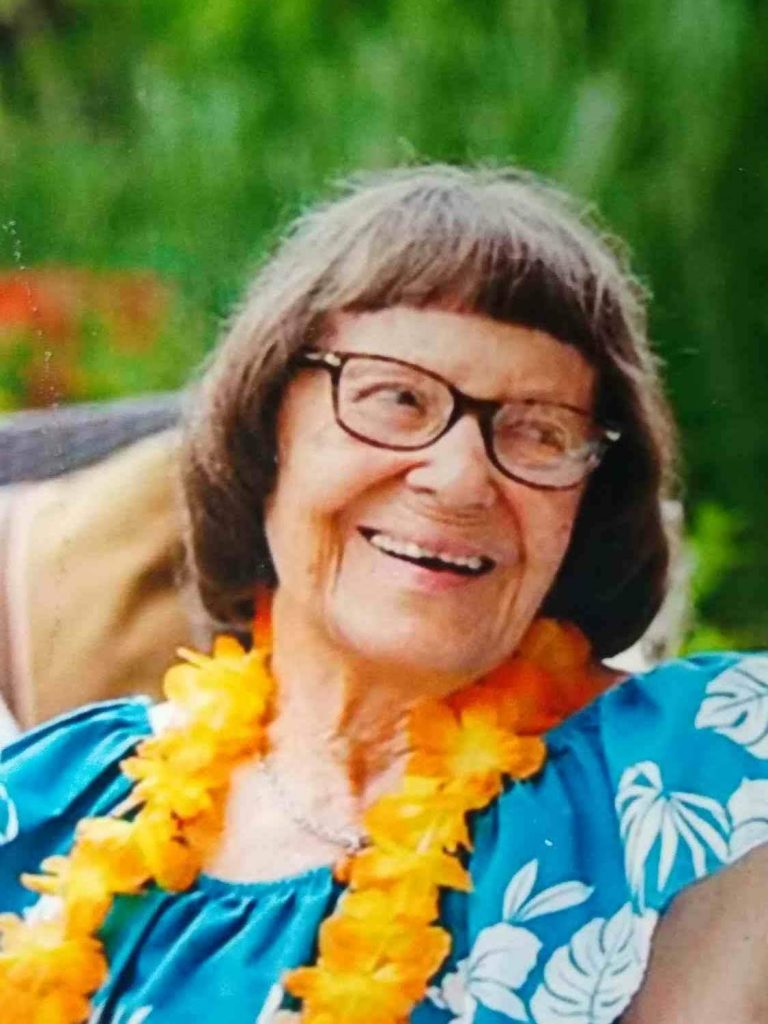 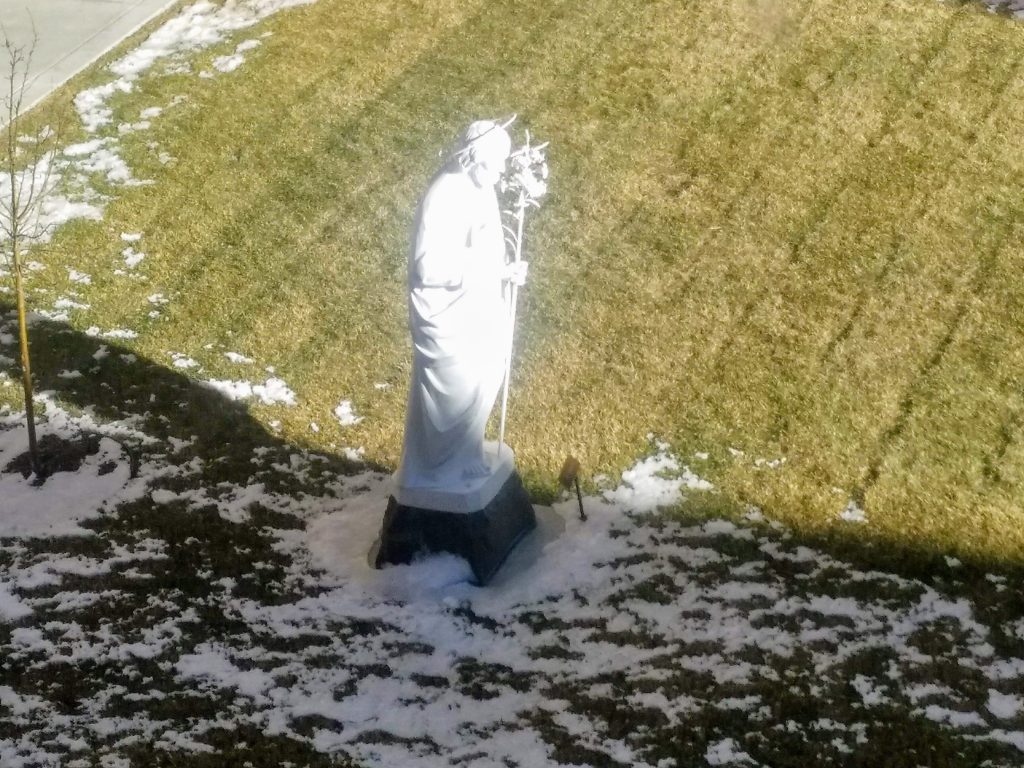 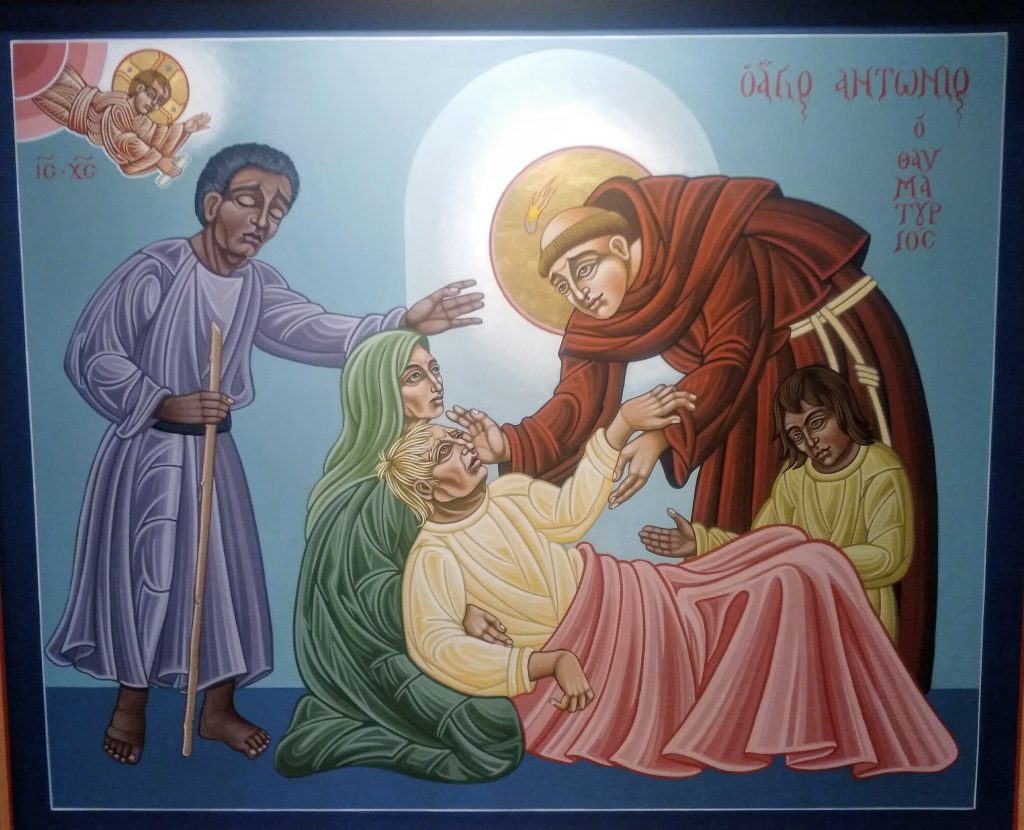 My grandmother died in March.

Like so many other things that have happened to me in the last three and a half years, it is only now, months later, that the weight of loss is becoming felt, that I can even begin to process it.

The week she fell sick was a very intense one for my own family of little ducklings. Some had been ill. Some were hurting. Tears had been shed. Lies had been revealed. One child of mine was spinning so far off center that the fear was that they would topple completely. Tearful conversations with our priest and counselors. Endless nights of broken sleep and whispered prayers.

A text message landed like a fiery arrow in the midst of trials.

She’s really sick. She isn’t responding. Your father is headed there.

We were compadres, we two. She was the feistiest, funniest, most beautiful woman I knew. Few things were certain in my young life, but I knew when I grew up that I wanted to be like her.  We had so many inside jokes. She knew things out of the depths of my heart that I have never told anyone but her. Months, even years, could slip by as we both grew older, but as soon as we spoke again or saw each other, we picked right up where we left off. I never quite felt lonely, even if I hadn’t spoken to her in months. I knew she was with me.

I know she is with me even now.

My husband understood all this, the strong threads that pulled us together, Grandma and I, and before I could even really think about it, I was on a plane.

I was on a plane with no idea what I would face on the other end, if she would still be living…or how I would arrive at the hospital. Or where I would sleep.

Others would find this strange, this wild jump into westward skies.

For me, it’s a normal fact of life. Sickness falls so quickly, you can’t plan for it. You can’t make it fit. Sickness doesn’t care. You can fly halfway across the continent with less than $20 in your pocket and sickness will endlessly march on.

But under that endless marching blast of reality, there is a whisper, sweet: His eye is on the sparrow.

Lean into it and fly.

One three hour flight and two metro trains later, I walked up a parking lot and into a hospital. It, like all its sisters, was sterile and cold. And very familiar.

I slipped into an ICU room and was greeted by a surprised family that couldn’t imagine that I’d come so quickly.

I immediately felt a grief for them, those family members. Not her, not my dear lovely bird getting ready to take wing, but for them.

They did not know the shapes and contours of this place, the dark angles, the companions that sat in the room with you whether you wanted them to or not: fear, anger, dehumanization at the hands of a medical machine that can’t really understand that that which you hold most dear, your autonomy, your sense of self, and your very body is slipping beyond your control. Very rarely are compassion and mercy found in these halls. Some patients heal, some go to God. This is the way of things. You learn this when you spend endless hours in endless rooms with no answers and prayer the only thing to buoy you.

They did not know this. They were learning in it in the fire. I wanted to quench it for them and I could not.

I dwelt in that space. I sang to her. I rubbed the backs of my father and grandfather and aunt. I ran my hands along my grandmother’s arms, held her hand, pulled the hair back from her face, kissed her cheek. I held space for peace. I, in my own feeble and broken way, began to understand what a myrrh-bearing woman was, how to be a midwife of loss. I got them to laugh, her closest loves, and I held them as they cried.

When I knew it was growing close, her Home going, I knelt over her and whispered a prayer of my Orthodox faith, said every Vespers service, a sort of hope and request to God:

Lord, now lettest thou thy servant, the handmaiden of God, Marylin, depart in peace, according to Your Word. For her eyes have seen Your salvation, a Light to lighten the Gentiles, the Glory of Your people, Israel.

I kissed her and left the room, as all the family did in that moment, at a family member’s request. It would be the last time I spoke with her.

She passed about an hour later, while we were all in the room, just returned from a breakfast we all sort of desperately needed but none of us wanted to go get or even eat. It’s one of those strange realities of hospital life, that need to keep leaving and eating and going and hoping and sleeping when the one you love lies broken in a bed. It feels so discordant.

I was endlessly grateful in that moment that I was in a Catholic hospital, and the saints were with me in a visual form. I normally don’t get that lucky with hospitals. But there was St. Anthony (my third son’s patron saint, no less), St. Joseph, St. Francis. The angels Gabriel and Micheal. And of course, the Theotokos, the Mother of Christ. Christ himself. Everywhere. I could reach out and touch and draw strength. A crucifix above the bed. We were not alone in this shattering moment. We aren’t ever, really, God with us, Emmanuel, but I was grateful for something to fix my eyes on.

My faith has never meant more to me than it did in that moment. I could fall into the arms of the Church and be caught in my loss. I had a language, a prayer, to wrap around my grief.

The next week was brutal. Anyone who has gone through a familial loss can tell you of the bittersweet tapestry that is woven afterwards. Loss and pain and hurt, fraying of edges where the glue has just left us, joy, laughter, hope, but mostly, pain. A person of peace must stay at peace, be the peace when everyone around them is spinning shards of pain. I hope I did this well. I may never know.

Utterly drained, I returned home to my own ducklings. The loss fresh. She was the one who taught me to love my children endlessly and beyond the depths. She was the one who taught me how to love caring for my home, how to bring beauty. To come home into the job she had taught me how to do…I kept questioning if I had learned my lessons at her knee well enough. I think I still am. It is in this I feel the loss of her most profoundly. I can’t ask her anymore, hear her wisdom.

The months that have followed her death have only grown in their complexity.

We sardonically refer to 2015 as the year of hell. It’s a bit of a nod to a Doctor Who episode, but in that episode, it’s called the year that never was. Anyways. In the thick of that year, I comforted myself with the thought that if we could survive the year, we could survive just about anything. Two children desperately ill, constant hospitalizations. Transfusions. Surgeries. Broken cars. No transportation. Empty cupboards. Empty stomachs. Near homelessness.

How many times our heads went underwater that year.

How many times have they slipped underwater since. How intense the storms are right now, another year of loss and intense medical and financial pressures that will just. not. ease. up. It feels just as heavy and just as scary as 2015.

And somehow, in God’s grace and infinite wisdom, our heads break water again, and we can breathe, buoyed by His people.

My grandmother seems as effortlessly close to me now as she always did then, as I walk through these dark, dark days. I feel her counsel as I try to make the best decisions for my ducklings. I hear her tell me that His grace is sufficient for this moment.

This is what I hear her say, my Grandmother. What she whispers in my ear:

His Eye is on the sparrow.

We are seen and known and heard and loved.

She teaches me to fly.