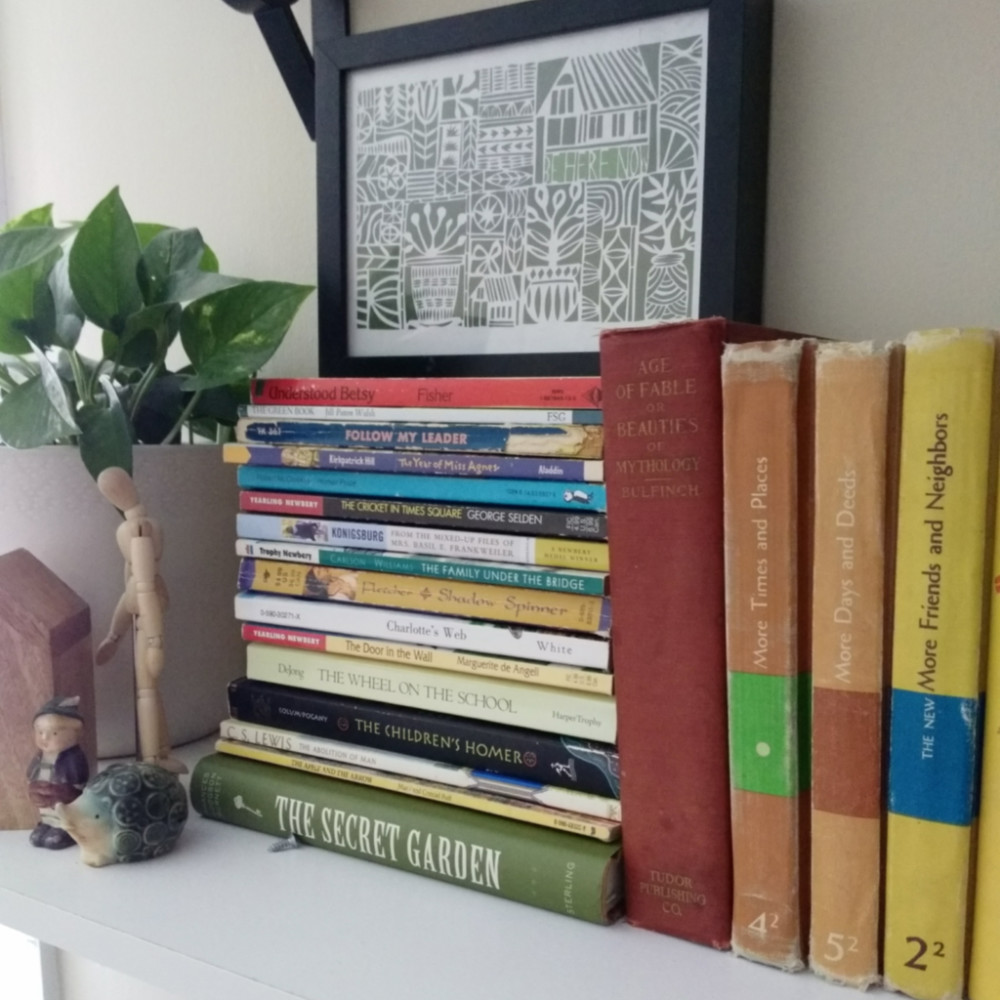 I’m hoping to tuck in here a little bit each week-day. I used to write very long form posts, and I’m sure I still will, but I feel like I’m also starting to write to my children a bit. Little bite sized lessons for later, if they find themselves in similar situations. And who knows, maybe someone else finds them useful too?

So how are we doing financially? It’s where I left off, a year ago, and a good place to pick up.

By the end of this month, we will have paid off all of the current medical bills. These are all of the bills we incurred over this last year, especially the ones related to Elliana’s hospitalization in November and her surgery in June.

There were other things as well: one of the big kids had some seriously weird blood work come back during a routine physical that had to be followed up with an abdominal ultrasound to check his liver/spleen, and etc. (He was fine, eventually, but it was a bit of a scare.)

My husband hasn’t ever been in the best of health since his near death from mononucleosis the first year we were engaged. (What an adventure that was. My oh my.) He’s constantly had upper respiratory issues–he was hospitalized  five times in our twenties, once in the ICU, for pneumonia– ever since, and it seems like his ‘bucket’ of health overflows quickly because of it. He’ll often catch something the rest of the family has much worse and much longer. You can only imagine how the sudden stress of two chronically ill kids affected him. He’s been running on fumes for three years, probably longer. As you can imagine, that came to a head. He was involved in a pretty nasty rear-end car crash not days after Elliana was released from the hospital in November, and it was the last straw. He had a bad concussion. His body finally said, enough is enough, and he’s been working ever since to get healthier. They had to run quite a few tests (including an MRI and ultrasounds) that weren’t related to the concussion at a few separate points. It was hard not to see the dollar signs just clicking past. That ran from November well into March. He is doing quite a bit better lately, and we’re hopeful that we can get him back to a pre-mononucleosis level of energy and immune-response.

As I mentioned a year ago, our finances have taken such a huge hit. Going into this August, I feel like I am finally breathing a bit easier in that realm. We still have a tremendous way to go, of course. We couldn’t pay for our homeschool curriculum for the upcoming year; my parents assisted us. James’ parents have had to chip in on home repair issues that have come up this last year.  We’ve had to depend on not just our parents but extended family members and friends for help with gas and groceries at various points. When the sudden trips to Cincinnati loomed, friends raised the funds to pay for it in about three weeks. The good side of what seems sort of cruddy in this is that we aren’t going into any more debt and haven’t for a bit now. We have quite a load from the kids’ original hospitalizations that will take much longer to pay off, but I feel like things are finally beginning to stabilize and we can begin the baby steps again.

What would I tell myself four or five years ago as I was digging into Dave Ramsey’s advice for the first time?

Rethink your medical budget line. The more annually-related budgeting categories, I’ve noticed, often catch short shrift. Yes, most of us probably think “I need to divide my car insurance premium that I only pay twice a year into a monthly breakdown” for the budget, but it’s the more nebulous things that invariably come up at least once a year (a car repair, home repair, medical expenses) that are harder to understand and budget for.

I’ve found in talking to so many that how their health insurance premiums work and what their co-pay obligations are hardly on their radar, let alone on their budget lines. This is the blessed ignorance of good health. If you and your family are relatively healthy and only visit once or twice a year, maybe a broken arm here, a bad case of the flu there, it won’t ever really bump your radar. I pray that you get to stay in that blissful state of health, but I won’t let you stay ignorant.

I’m not an insurance specialist or educator, but let me tell you what I’ve learned in the school of hard knocks.

Learn what your responsibility is for your healthcare.  What is your member (or individual) deductible? What is your family deductible? What is your split on care? 80/20? 90/10, 70/30? As soon as you know what your deductibles are, save for them. If it’s a $300/member deductible and you have eight members, that’s $2400 that needs to get tucked away. This member deductible and the family/group deductible often do not correspond. Know what the difference is between your individual number is and the family deductible and save the difference. If it’s $3000 and you know that individual is $2400 total, you need to save $600 more dollars. Keep making a line for this for at least two years- the first year you will most likely dip into this number, and you want to keep it at a fully funded level which should be reasonably easy to do the second year (unless all heck hits the fan like it did with us!). Your deductible is in addition to your premium- don’t confuse them!

Keep in mind that copays do not apply to your deductible. You might look at that package that comes from Human Resources and think, well, $20 for a primary care and $35 for a specialist is okay, especially if you only have to deal with it once or twice a year. THIS is what can routinely send our family underwater on any given month. When you have multiple family members who are ill and who have to see not only their primary care but also multiple specialists in a given month, that co-pay number can quickly climb into four digits a month and there is no way to budget for them during an emerging health crisis. It’s one thing once specialist visits become recurring and scheduled- you can begin to get a feel for what you need when. But this is rarely the case in a sudden medical crisis. You want to see co-pays as low as possible when you are looking at your insurance. Check your co-pays against market norms to know whether they are reasonable or not. If you have completed all the Ramsey baby steps, I’d encourage you to budget at least one primary copay and one specialist copay each month. You might not ever need it, but if you do, it will give you yet another cushion on top of your deductible cushion to deal with just such occasions as have happened to us. I can’t express to you how fast this happens. They are called medical emergencies for a reason.

KNOW YOUR SPLIT. This is the item you can’t really budget for, but not knowing what it is will devastate your finances in a medical emergency. You also need to know if both your health insurance and your automobile insurance covers ambulance/helicopters. Most do not. You want this split to be as low as possible. If your child is suddenly hospitalized (as ours were) in a non-trauma way, you are on the hook for your split of it. Say a surgery for a kid costs $6000. Your insurance pays 80% of that, and you have to pay the 20% in addition to your deductible. You have to pay $300 deductible, PLUS the 20% of the split before the insurance will pay anything. Trauma is most often covered by your homeowners or automobile insurance, which is also important to know- car accidents, fires, acts of God type injuries are rarely covered by your health insurance and they will make sure you know it and there is tons of subrogation paperwork that has to be waded through. Again, you want to have the lowest split or no split possible. No split insurance plans are exceedingly rare and if you’re that lucky, I’m kinda jealous.

Frankly, I’d love to hear from someone with major medical issues/chronic health issues children that use a cost-sharing program in lieu of insurance. I’ve often wondered what the differences would be.

I’m no expert, by any means, but I’d be happy to answer any questions you might have. I’d much rather help you find the experts you need now when it’s all going swimmingly than have you wait until you’re completely underwater like we were. How I wish I had known how byzantine and convoluted medical insurance was then. I would have started to educate myself about it well, then. If wishes were horses.